Helsinki had set itself the goal of becoming the most functional city in the world. This started the most extensive brand renewal ever done in Finland, and top five in the world, as best city branding.

In 2017 the city of Helsinki and Werklig became partners in the mammoth effort to recreate the brand of Helsinki. On the back of a new strategy – to create the most functional city in the world – an identity to match was wanted. Who wouldn’t scream when told you get to rebrand your hometown? We did.

It wasn’t a walk in the park. Actually, this was the most extensive brand renewal ever done in Finland. But after 7 months, and involving over 200 city employees in the process, the brand-new brand identity for Helsinki was born.

The impact? Considerable internal savings with one simple visual system. Clarity and reassurance for people about the extent of public services and property, from the zoo to the city orchestra. 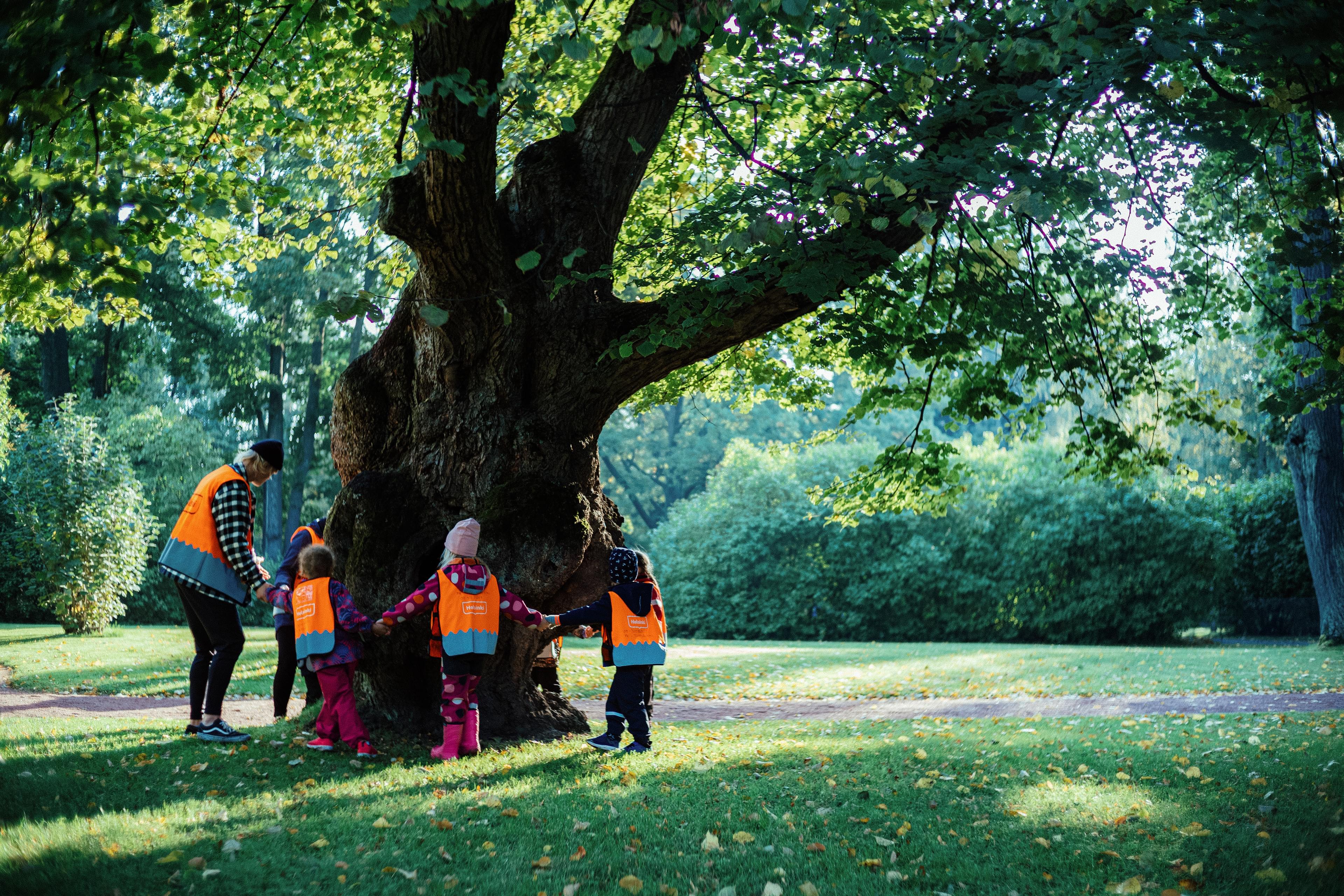 Creating a functional, easy-to-use system for the city’s 40 000 employees

After setting itself the small goal of becoming the most functional city in the world, Helsinki needed an identity that would express something similar. One that would stretch across all the services, events and projects the city has its hands on. To be applied on anything from building sites to custody notices to international tourism boosting efforts.

The identity needed to speak to basically everyone. From employees to current and future residents, to all Finns, immigrants, tourists and foreign dignitaries alike. Ultimately, the public project called the city of Helsinki needed to be recognized at all the points where it literally and metaphorically touched people. 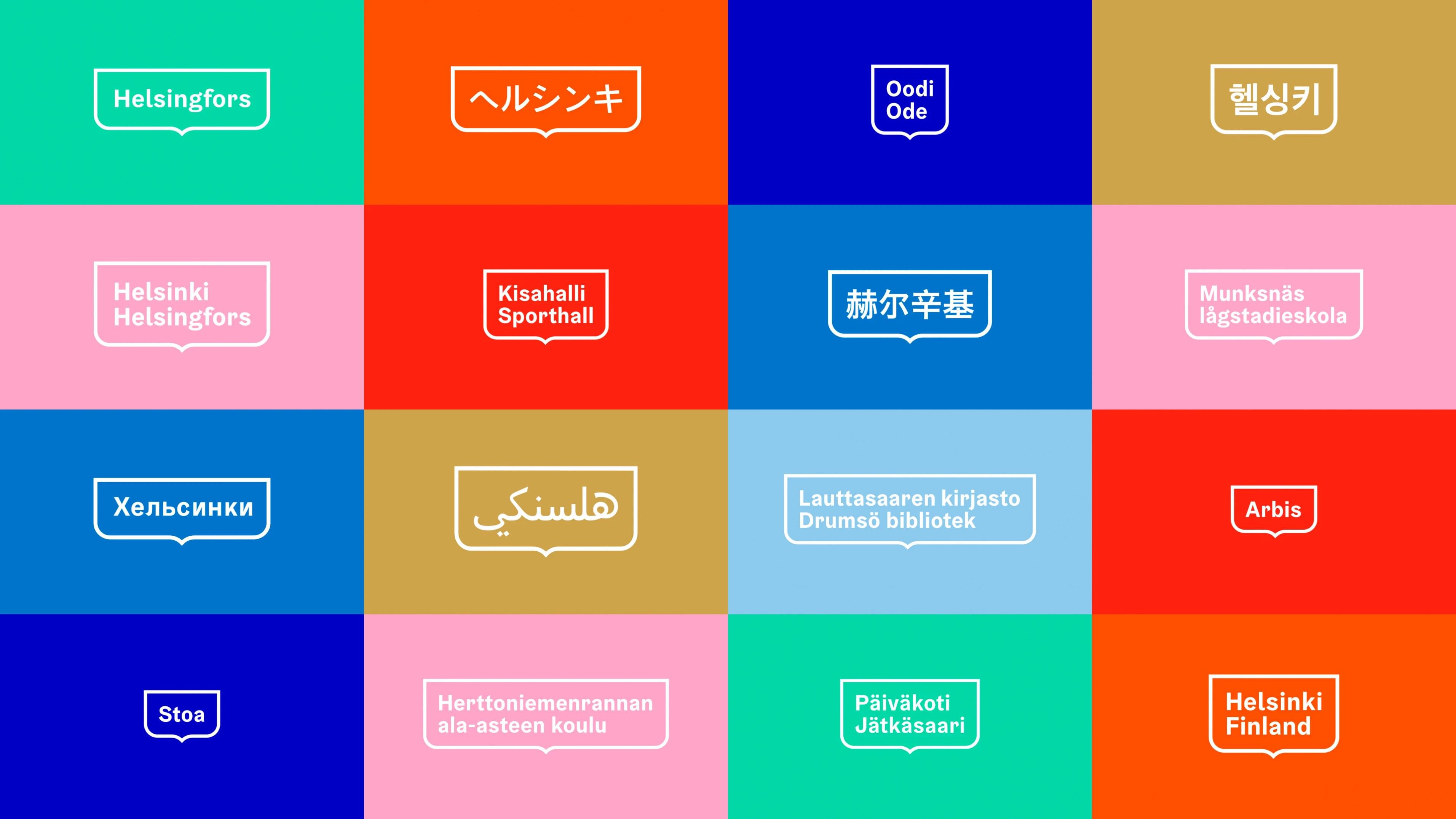 Werklig won the pitch by presenting a process of co-creation. In the end, 200 people from different departments and positions within the city participated. The new strategy with four principles was investigated: Fascinating Contrasts, Unique & Diverse, Transformation & Growth, Helsinki Works. A shared vision was created.

Multiple short sprint rounds of reviews, feedback and decision making narrowed down design choices. In the hundreds of meetings and workshops, all voices were listened to and reconciled with. There were heated debates. And fun.

All this meant that 7 months was a tight schedule. Along the way, everyone got a crash course into brand design. But when the brave new identity emerged, the city employees were proud to present the work to the world by themselves. 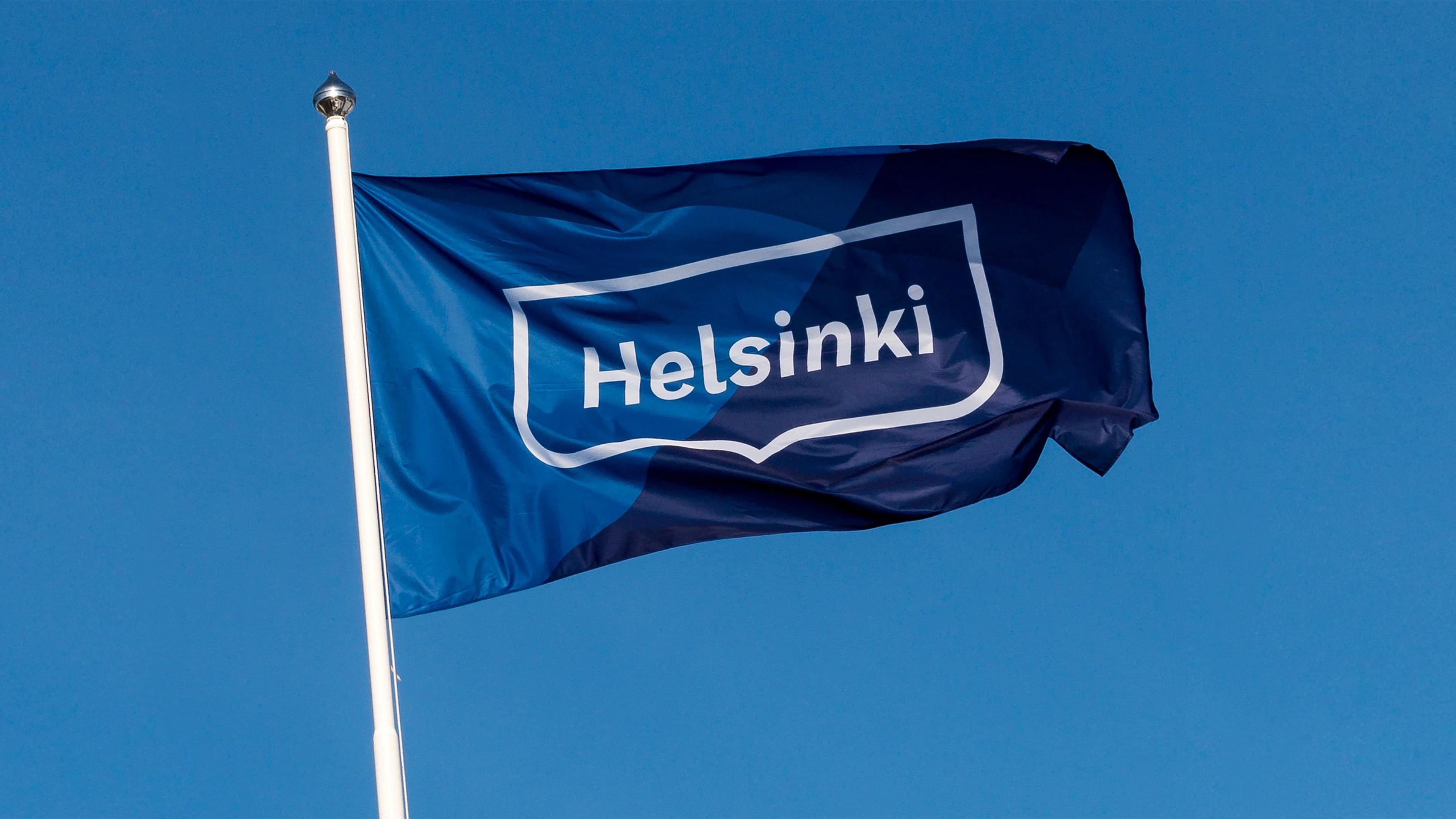 It’s the odd sense of familiarity that you can’t quite put your finger on.

The logo is based on the most recognisable Helsinki symbol, the over 400-year-old coat of arms of Helsinki.

Everything in the identity is of the city. Before the only consistent identity element in use was the over 400-year-old coat of arms. A wooden boat floating on some gentle waves and a crown above.

Now the bottom silhouette of the crest and the wave motif serve as core elements of the new identity. From the logo to all graphical elements.

The new logo was designed to be adaptive and responsive to different content and different language versions. It is an identifiable shape, even if the text it contains is unfamiliar. 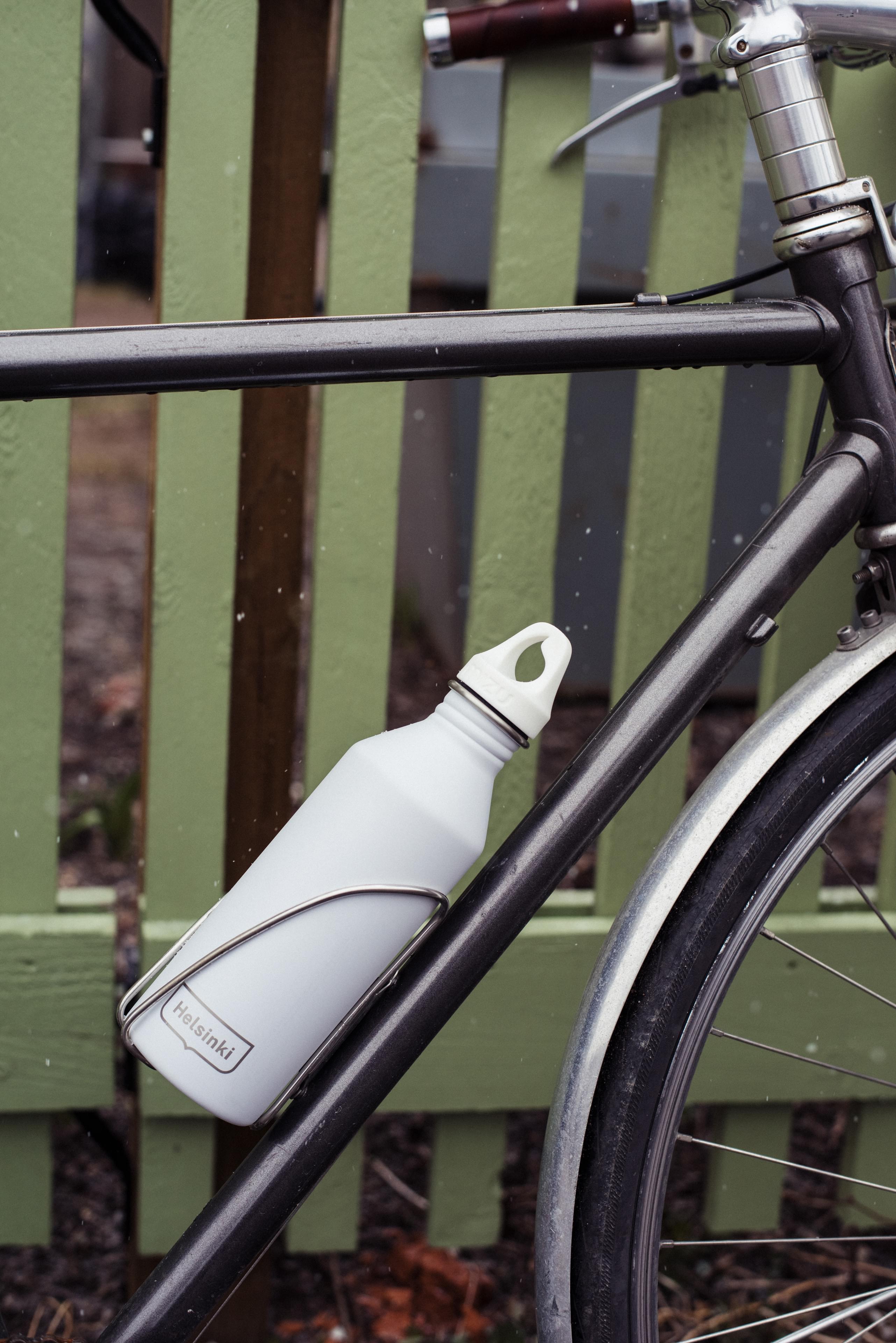 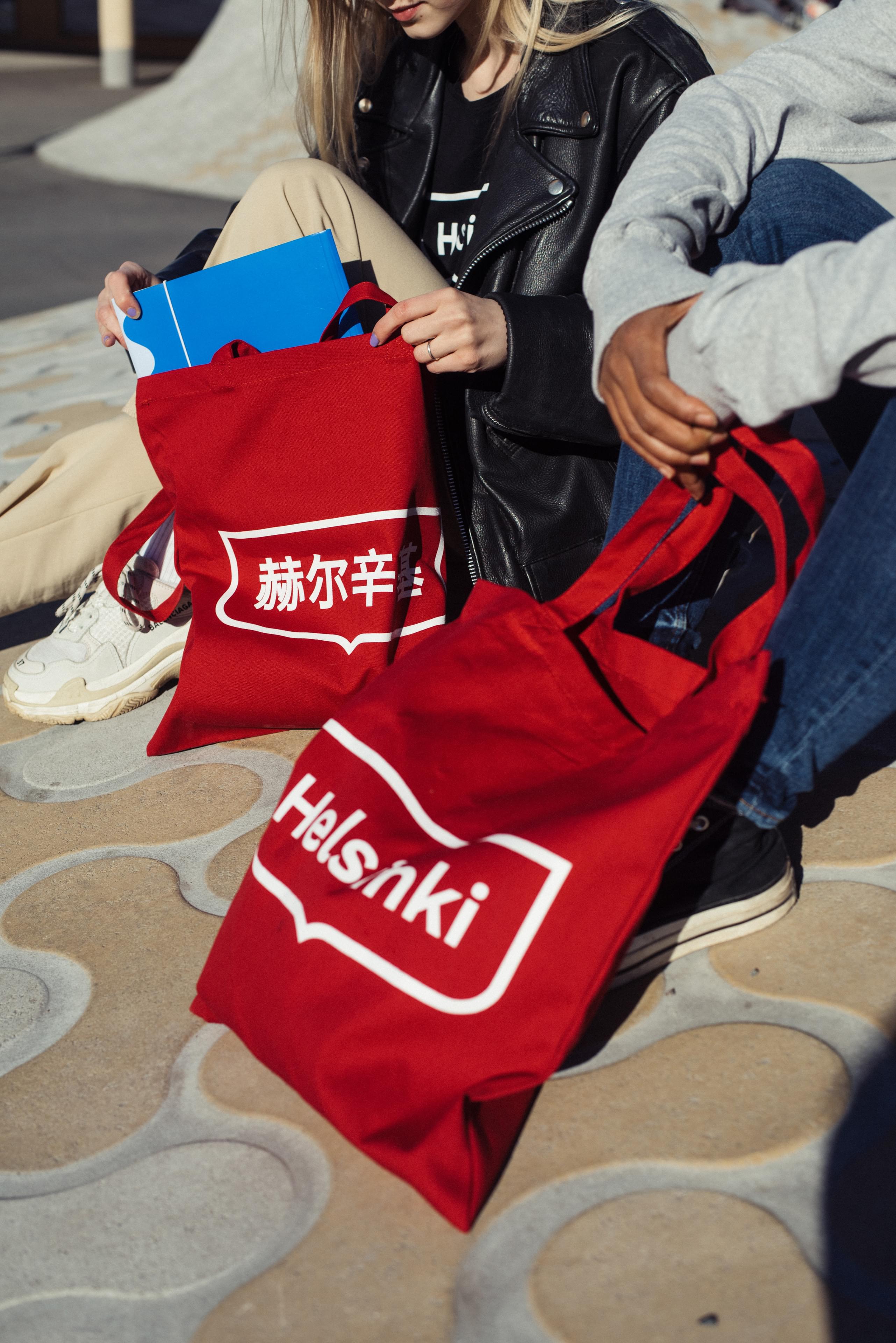 With Helsinki’s identity, we were able to make something that is excitingly new and reassuringly old at the same time. This is a smart trick that gets not just the city employees but also residents to join in as brand ambassadors for Helsinki.

The graphic wave motif (and its variations) was also derived from the City crest.

The wave motif is an appropriate nod to the coastal location, architectural details, and fascinating contrasts and experiences of the City. It works as another identifiable graphic expression beyond the logo and an easy-to-use tool for introducing various opposites and communicative contrasts – such as the City and nature, vibrant urban culture and tranquillity, and the four seasons – combining to create a new wave of urban energy. 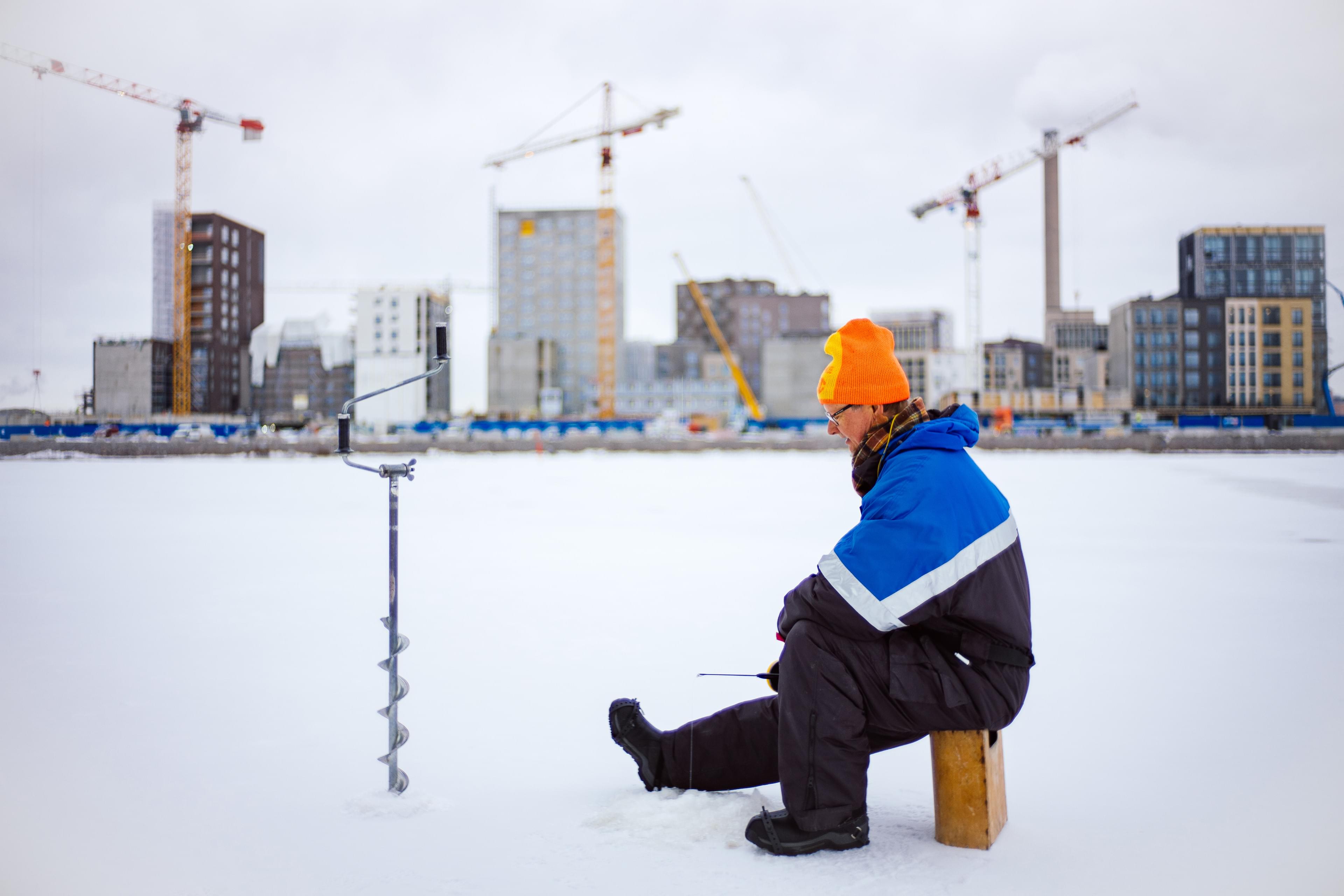 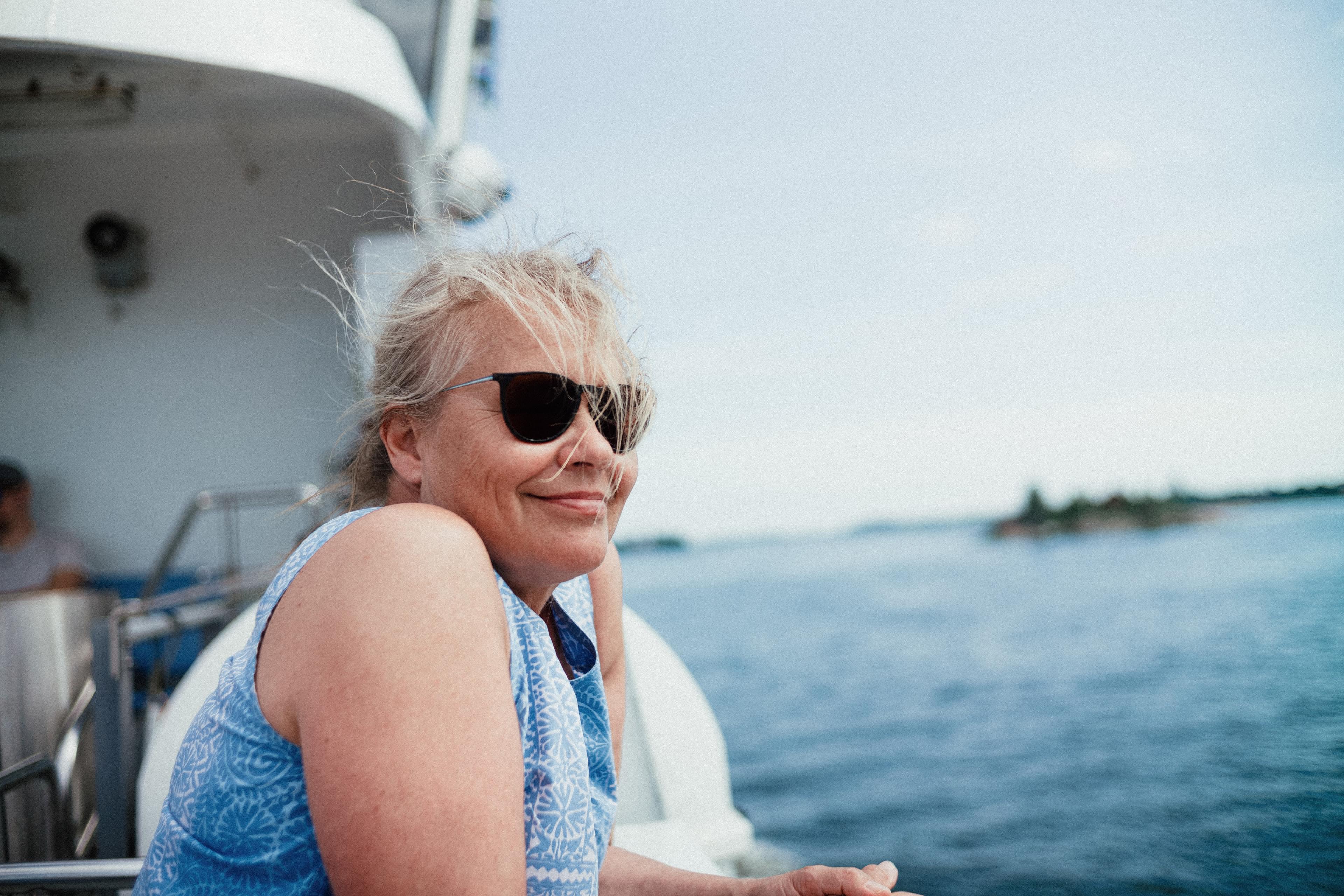 An entirely new image narrative was designed (both for moving and still image) for the City together with the photographer Jussi Hellsten and producer Hanna Kaikula. 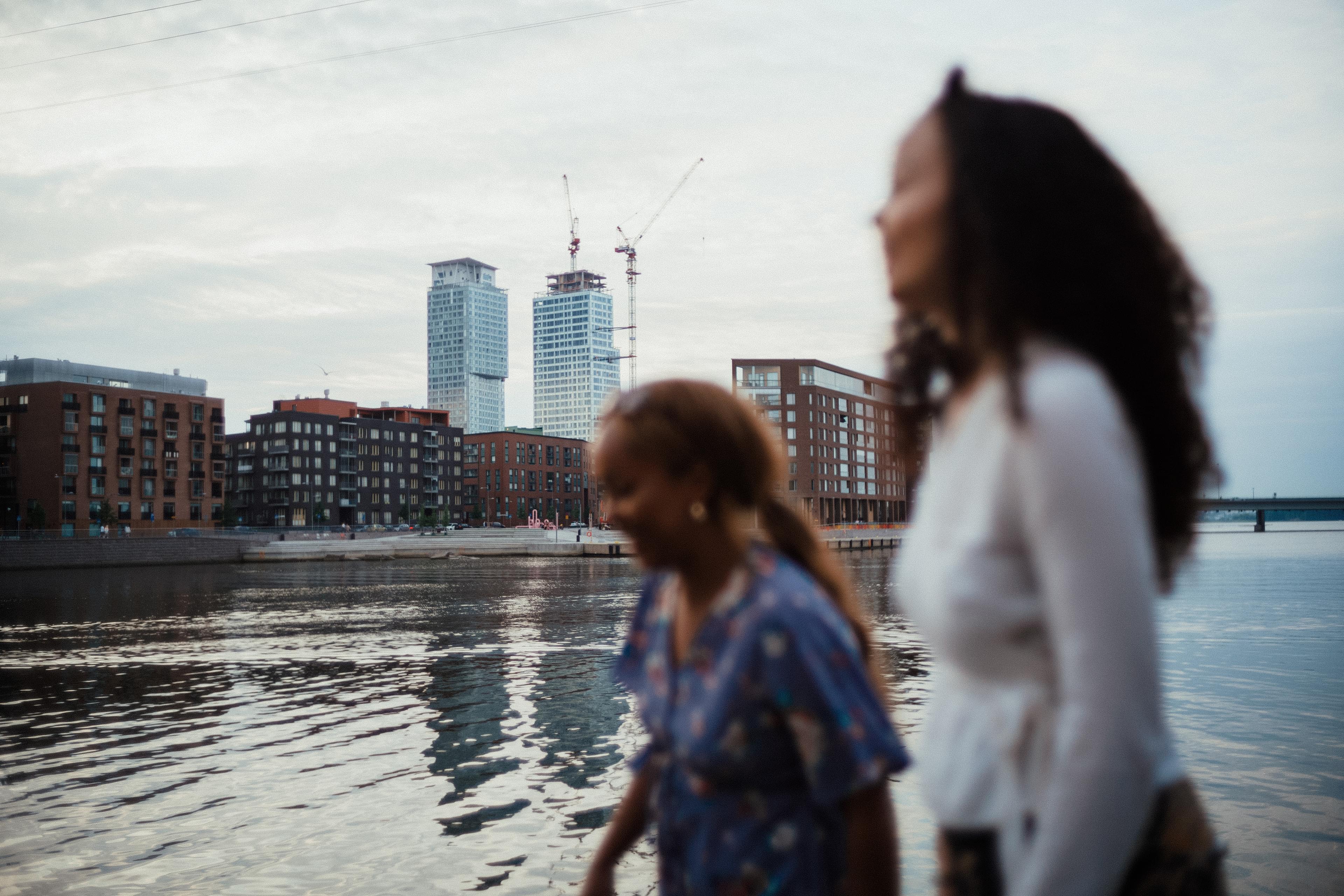 The overall theme for the images and executions was absent any filters, portraying Helsinki as it is. It’s a noble gesture, serving to illustrate the diversity of people, emotions, and experiences as they truly are. 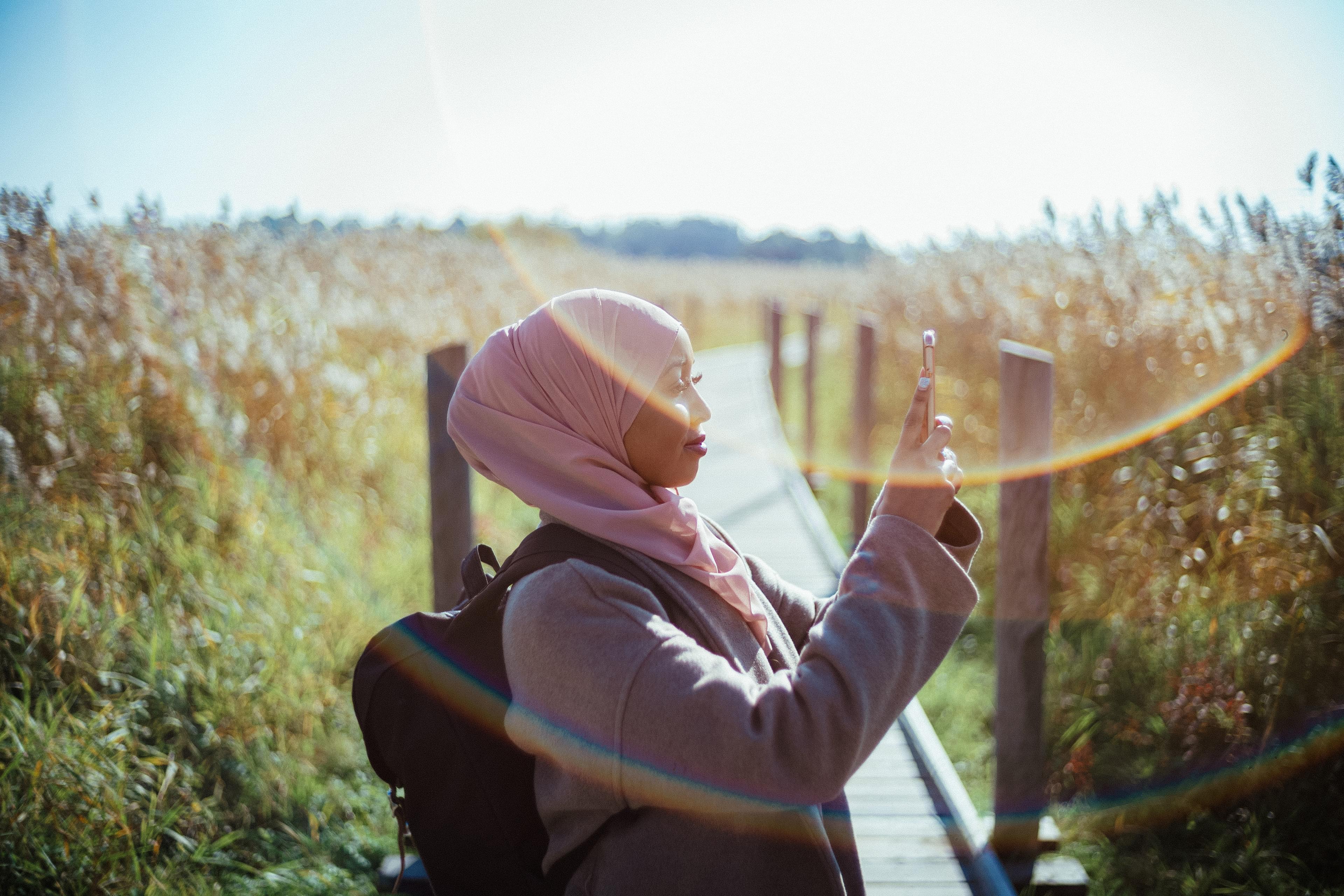 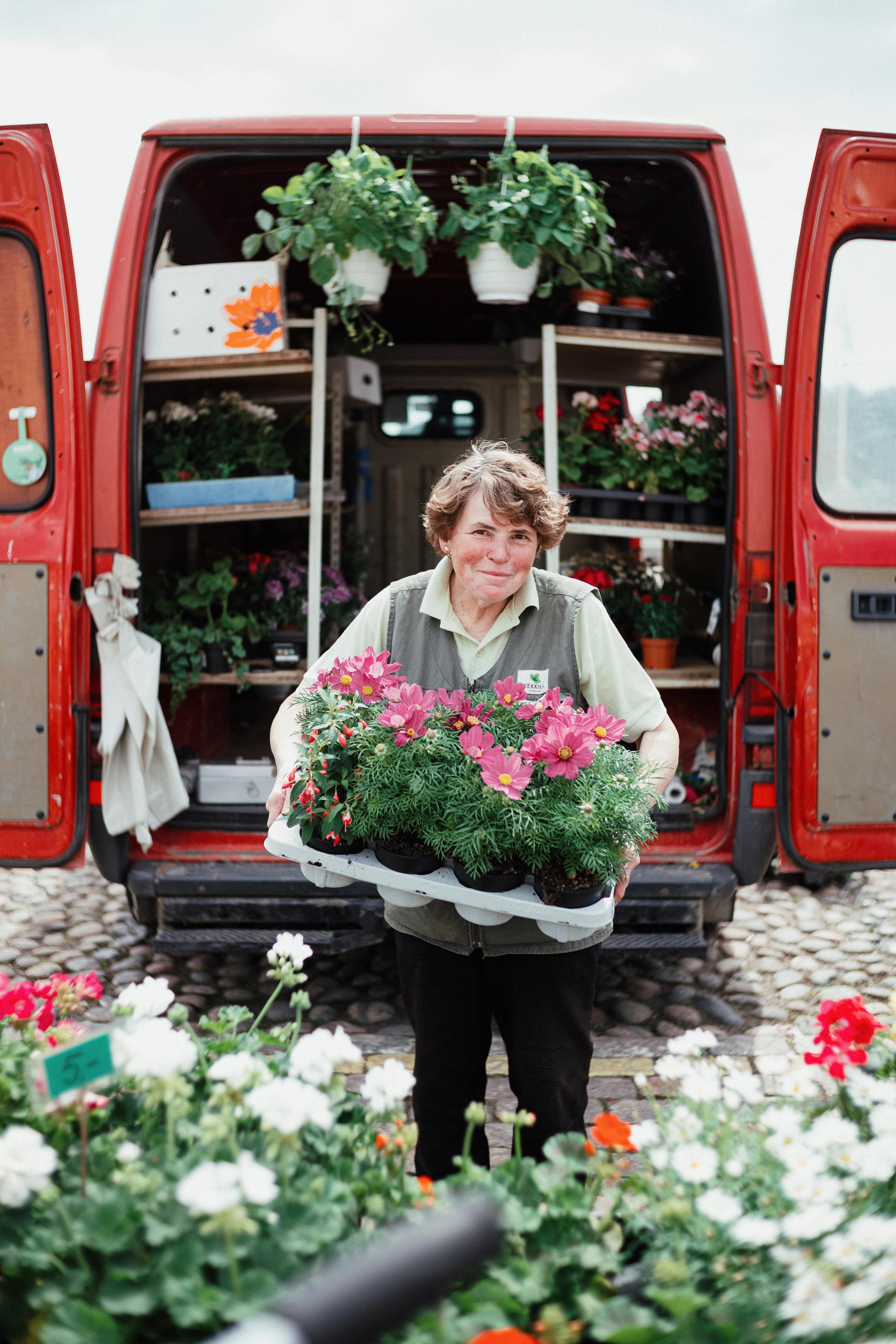 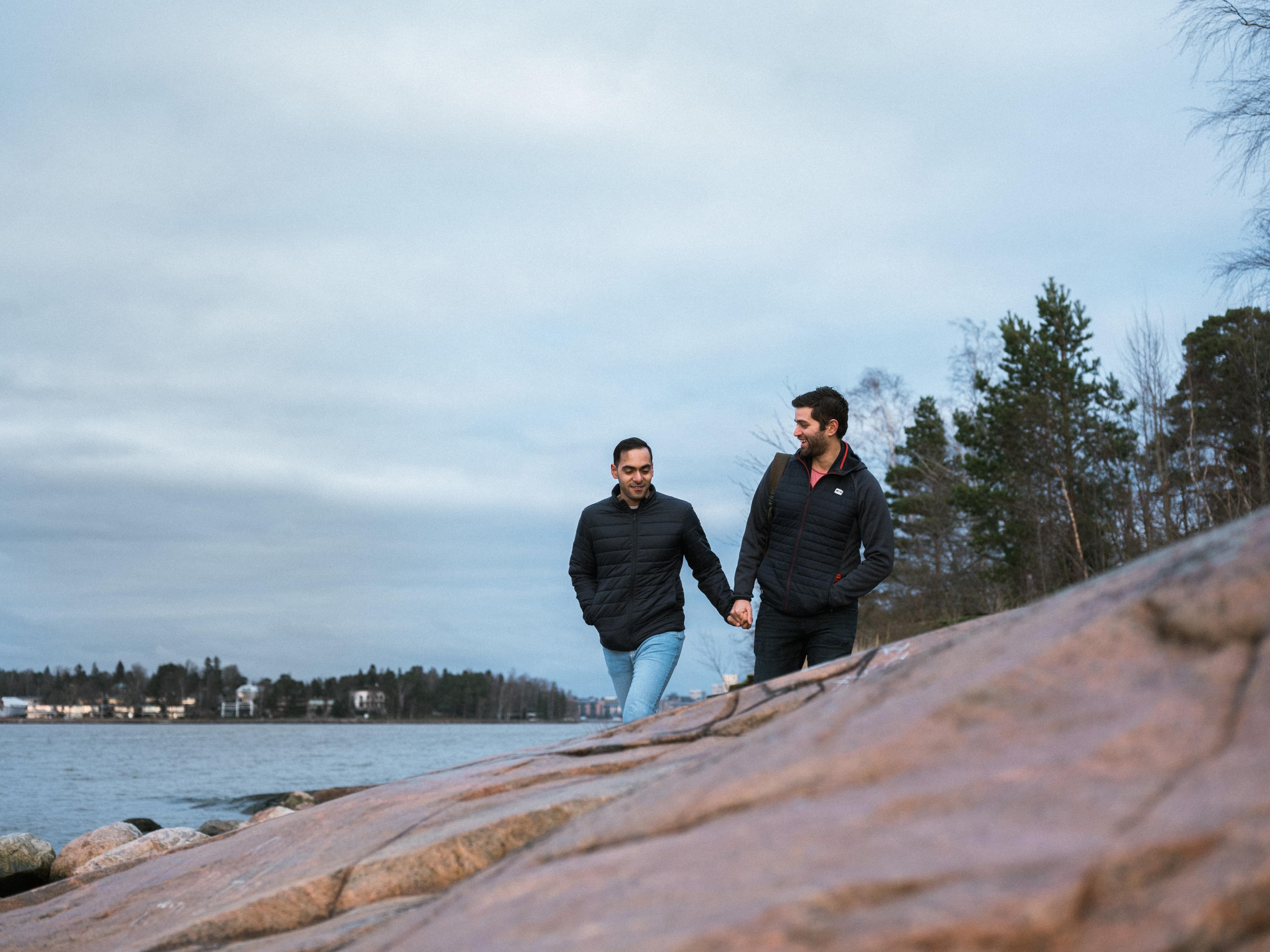 The Color palette draws together various references that can be seen and recognised in Helsinki’s landscape; they are the colours used, for example, in the Helsinki crest, the cupola of Helsinki Cathedral, the public transit system, and Suomenlinna Sea Fortress.

Individual hues have been refined to match with and work in unison with the photographs from the city. 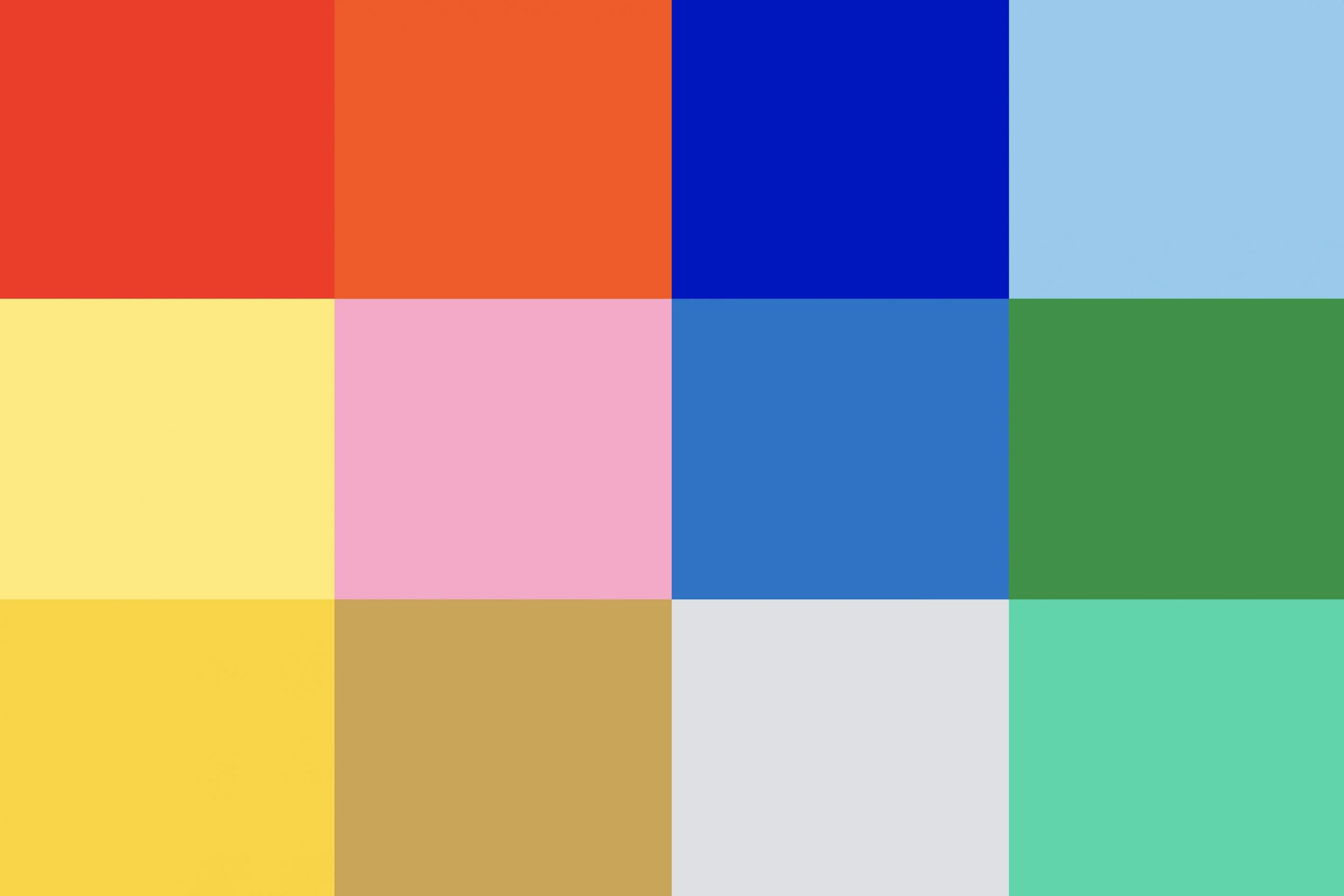 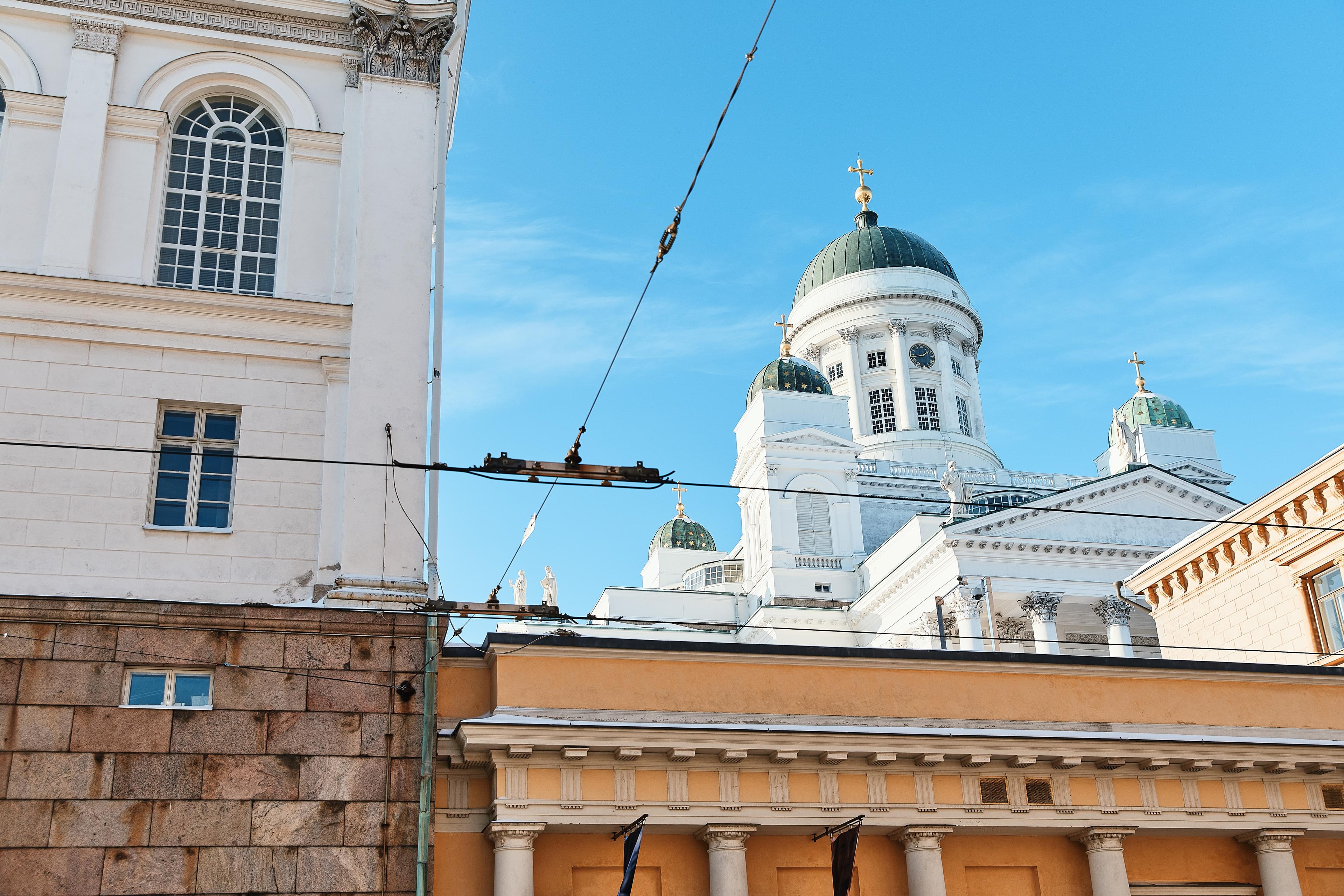 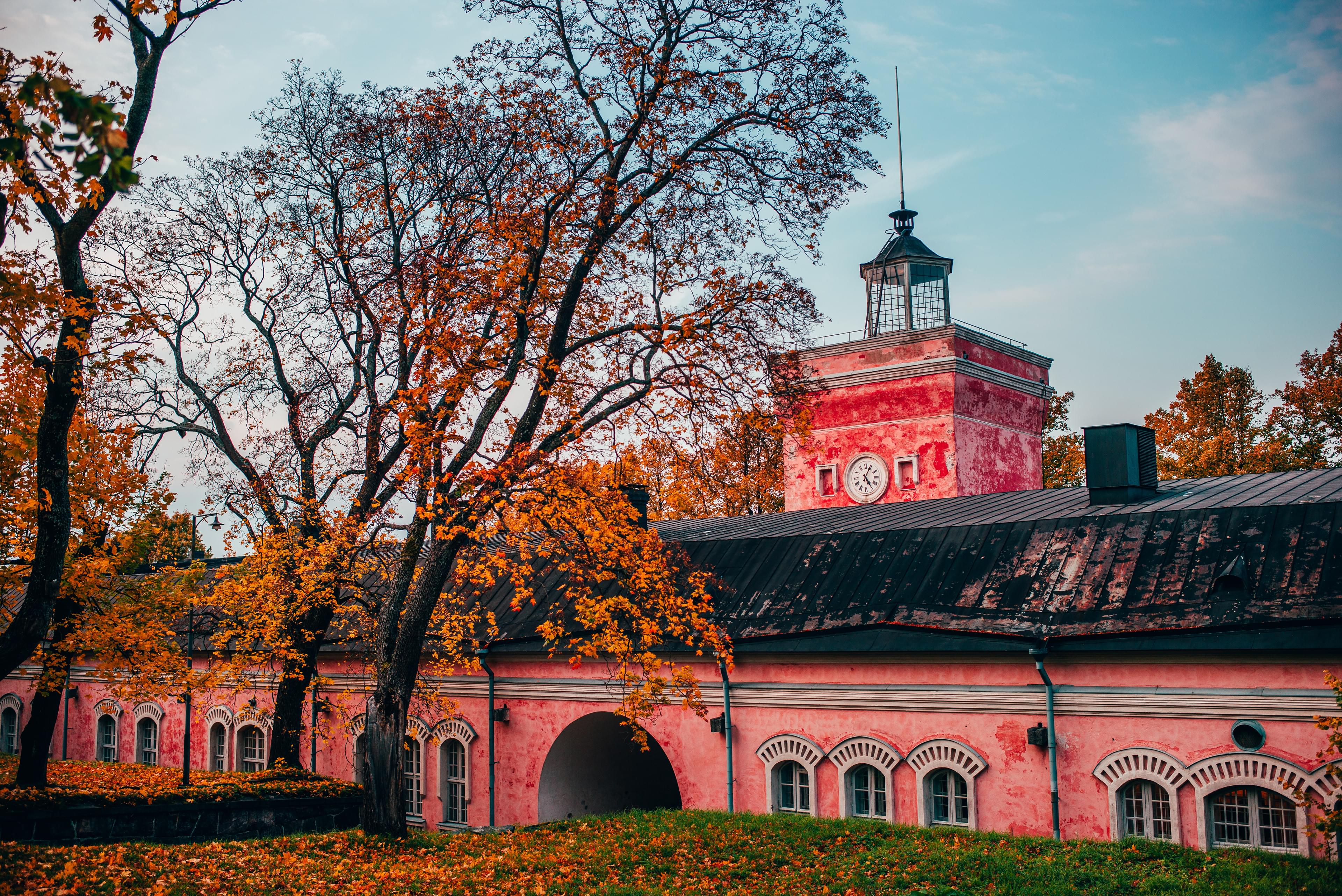 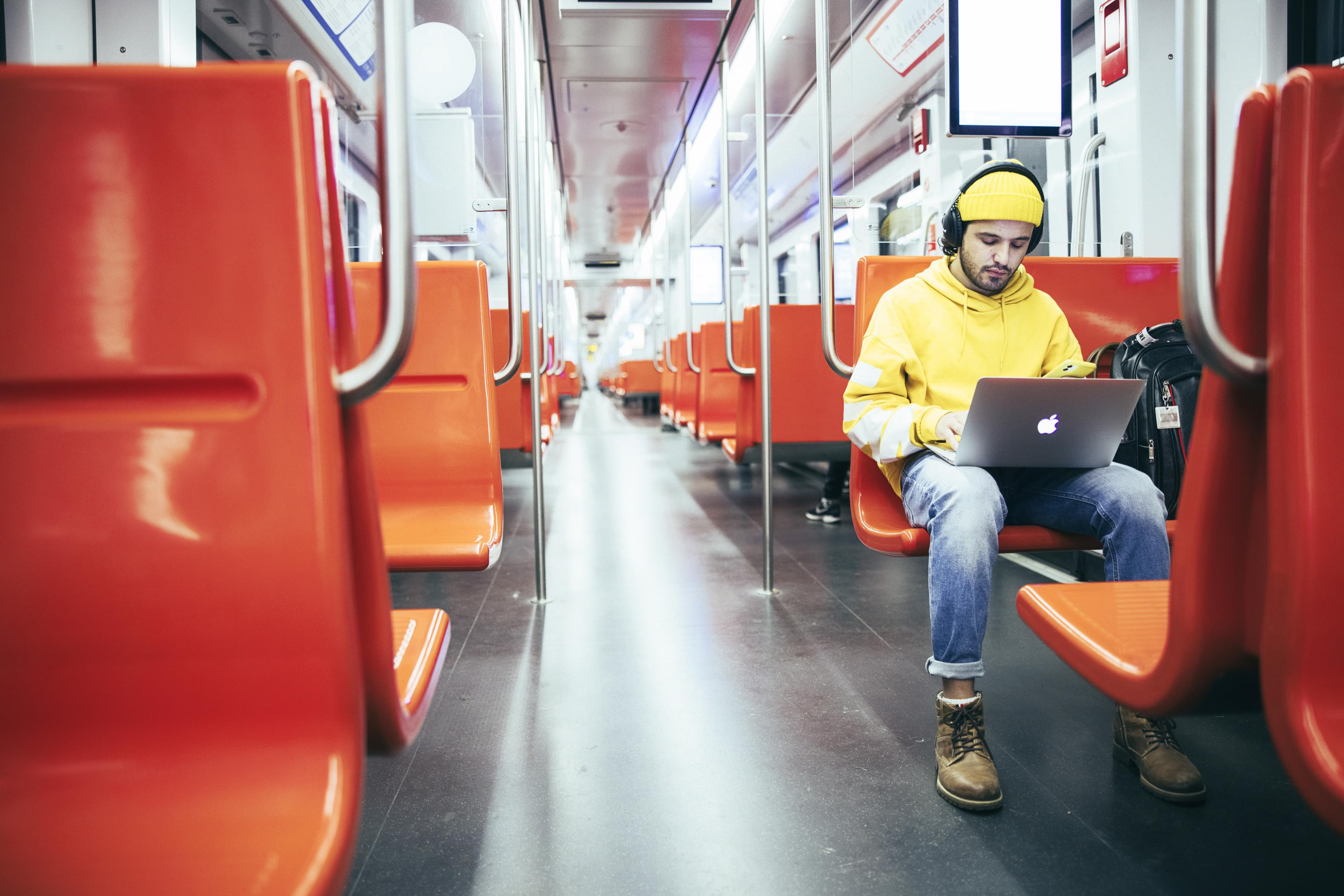 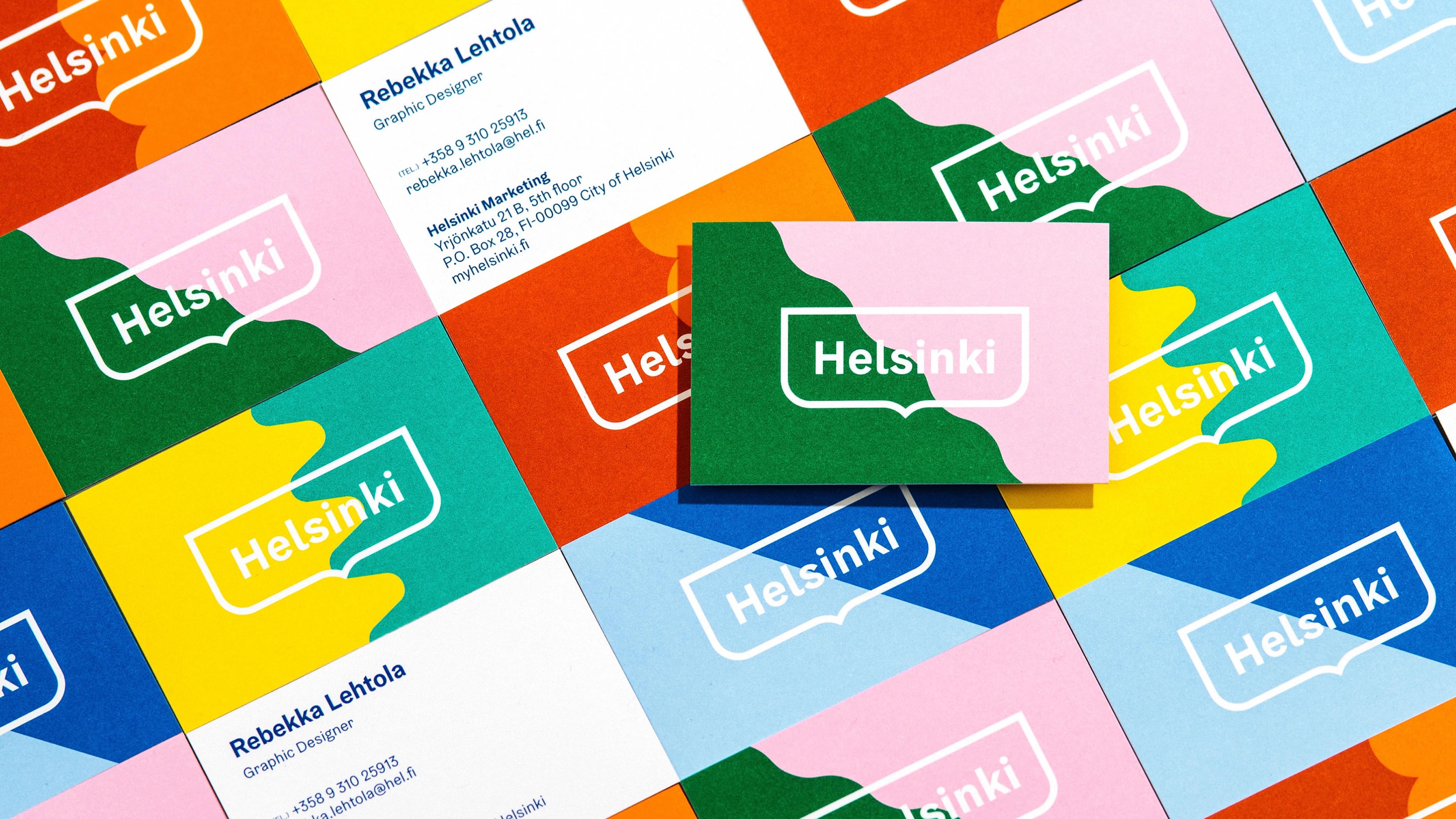 The Helsinki Grotesk font is a custom typeface designed for Helsinki. It is a classic and timeless sans-serif type font with wavy details, providing character and continuity throughout all communications, from business cards to signage and digital platforms. 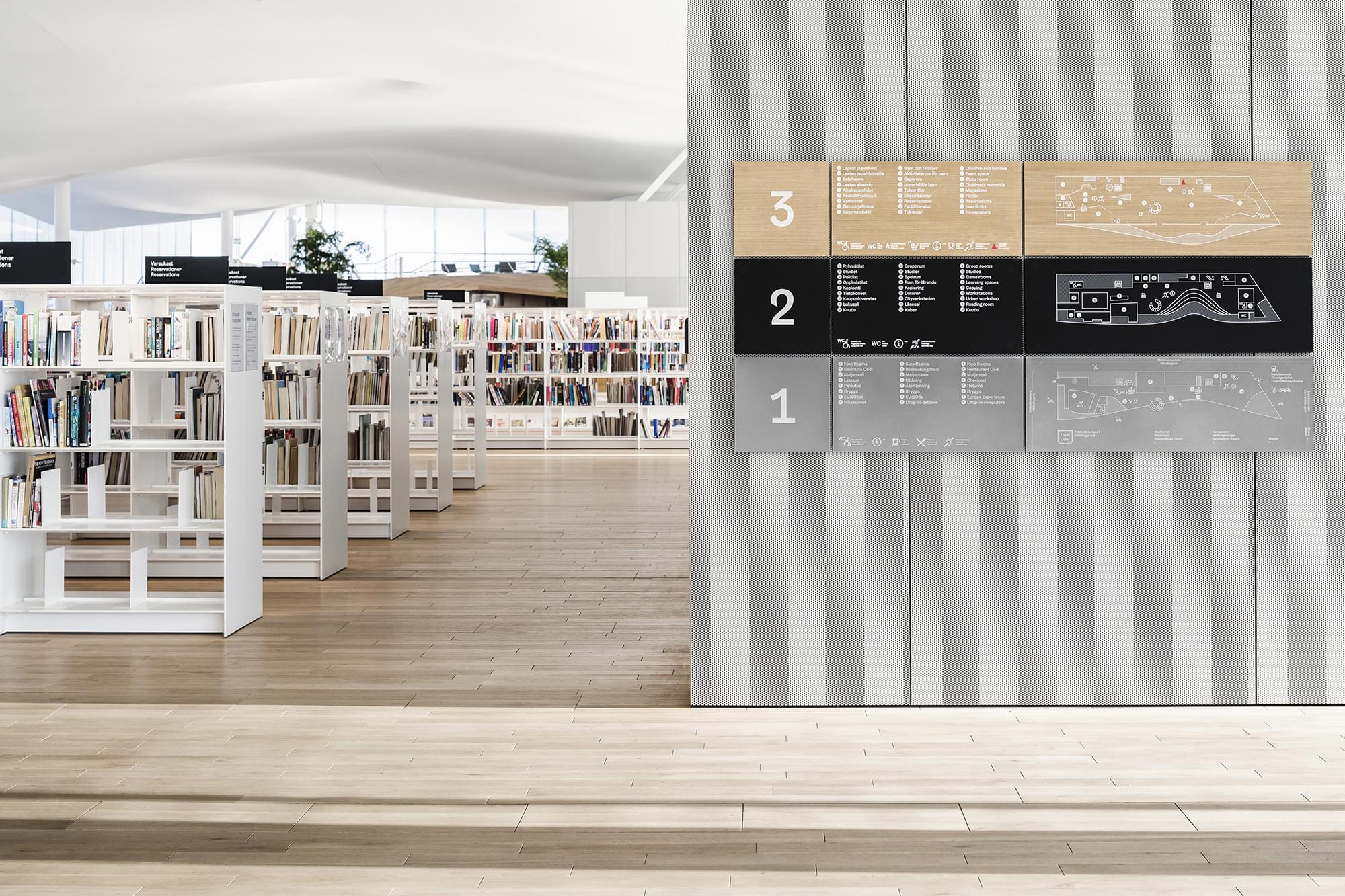 The distinctive icon style is based on the Helsinki Grottetsk typeface and the design language of the wave motif. 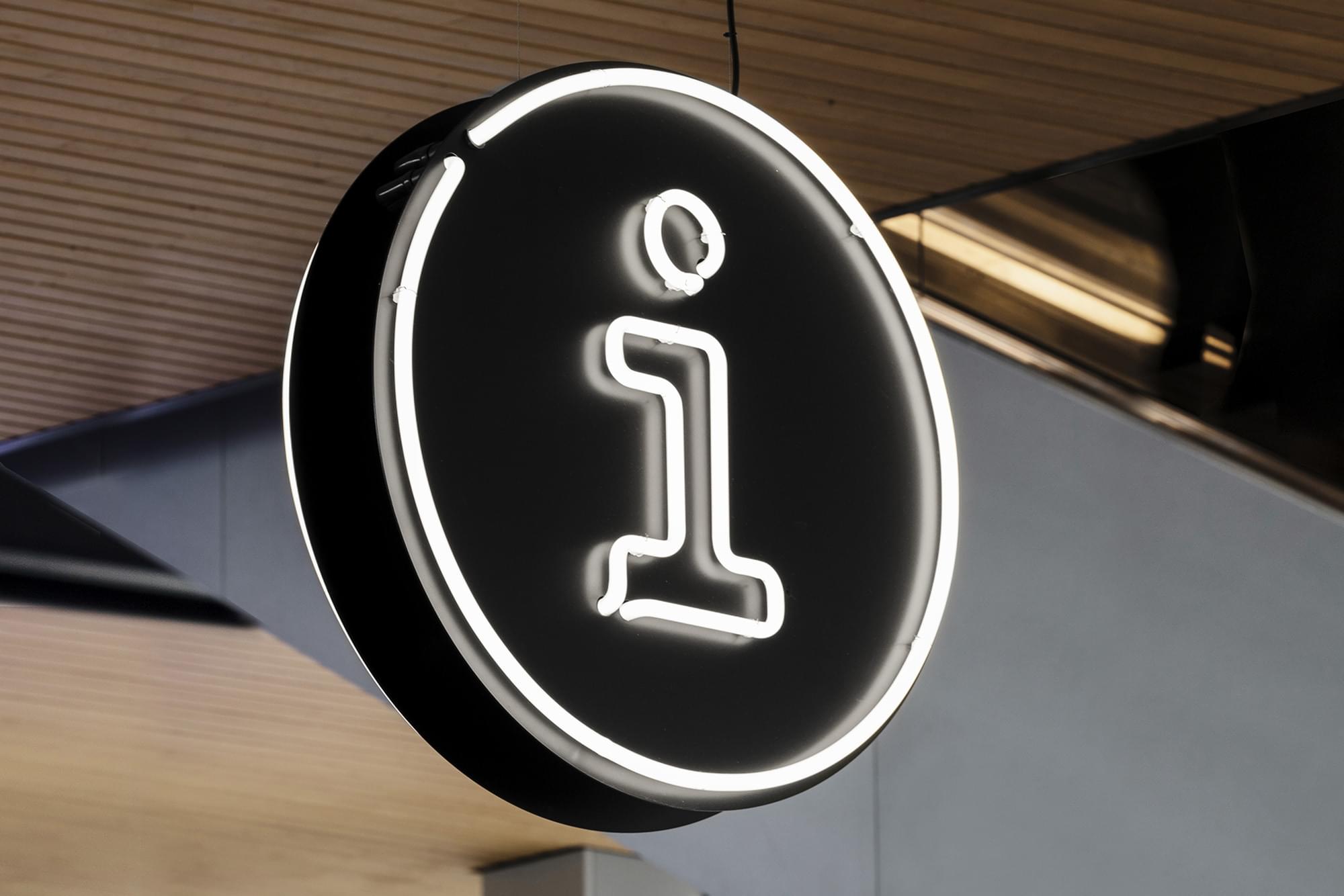 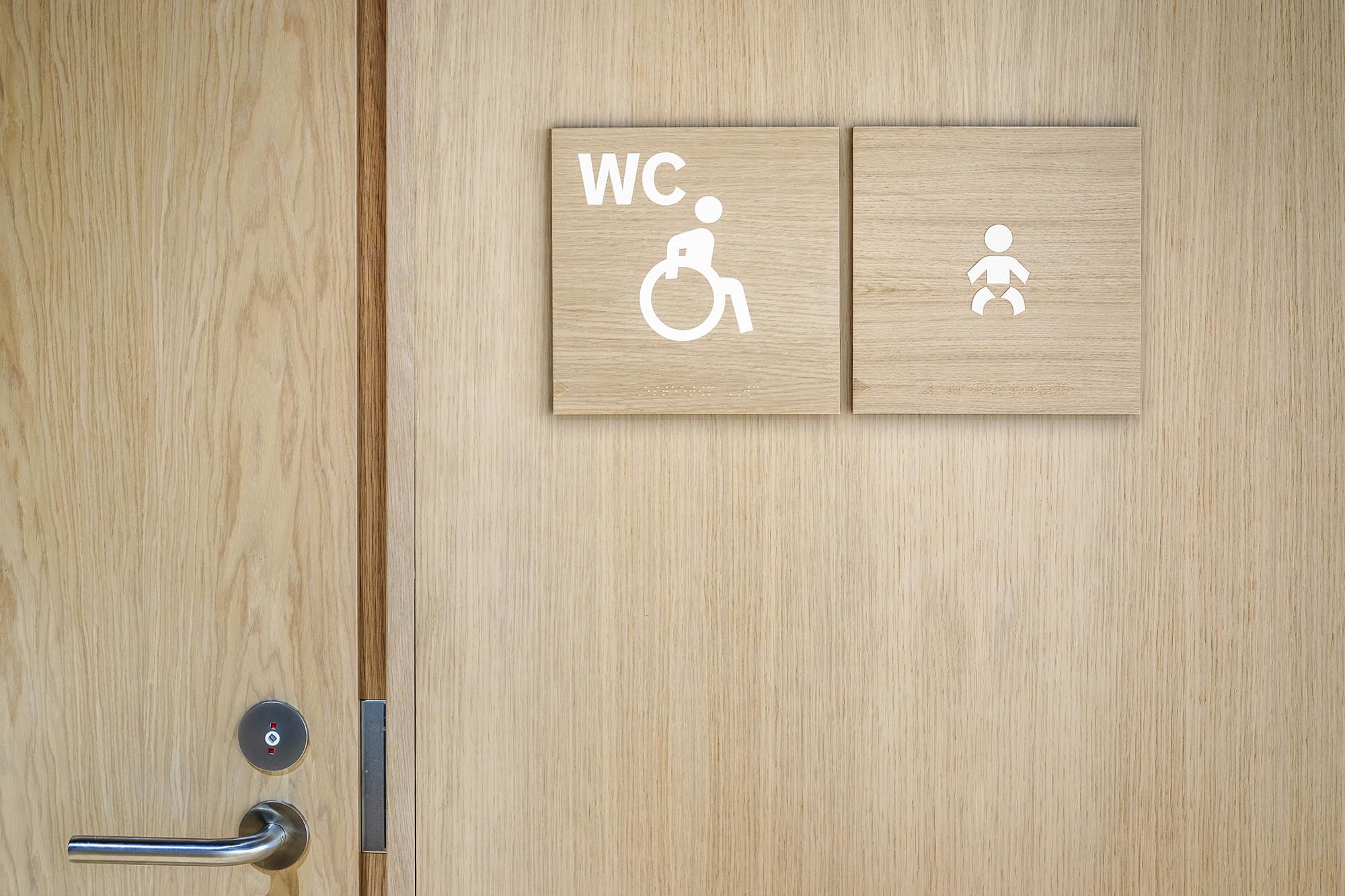 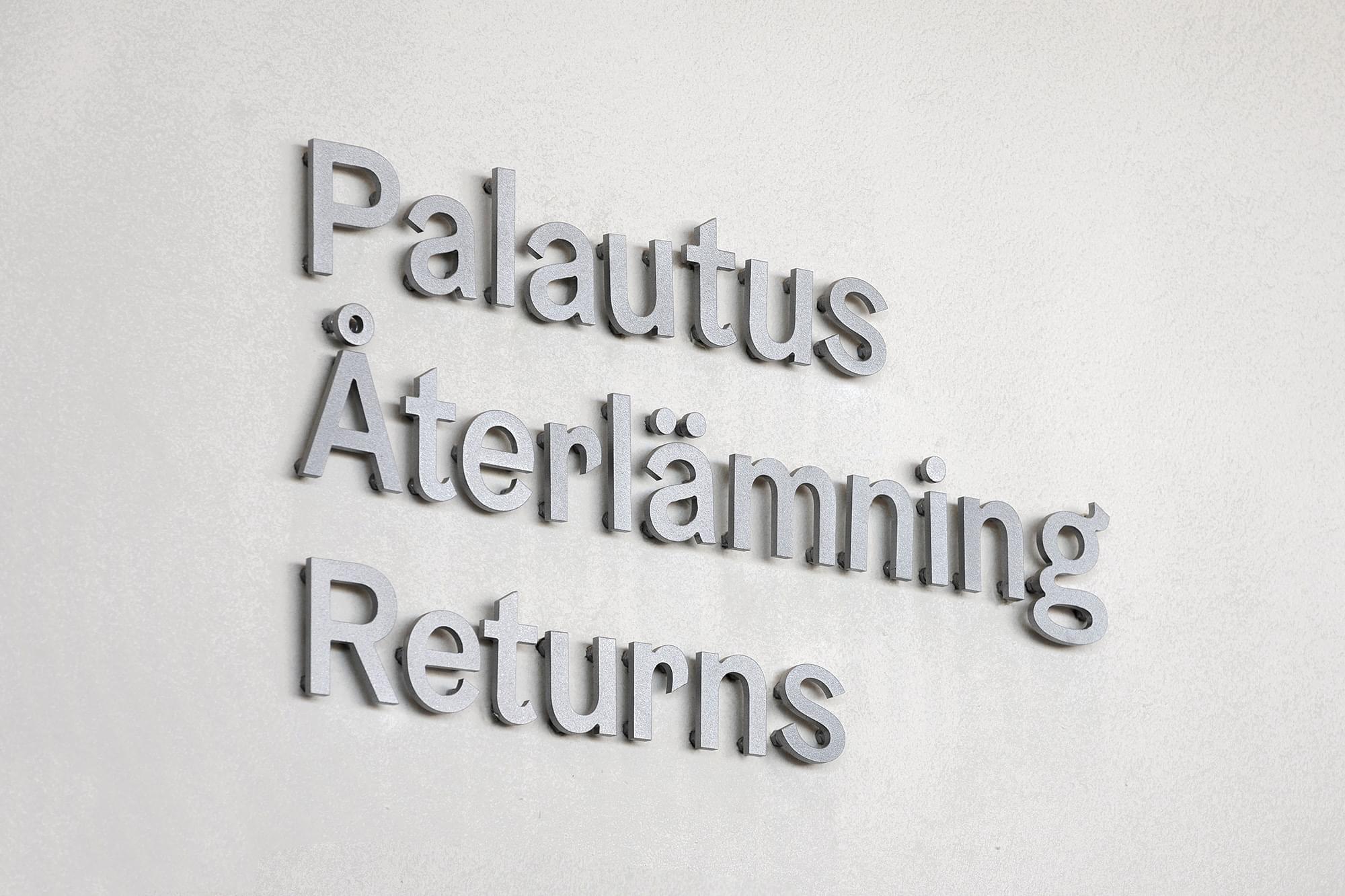 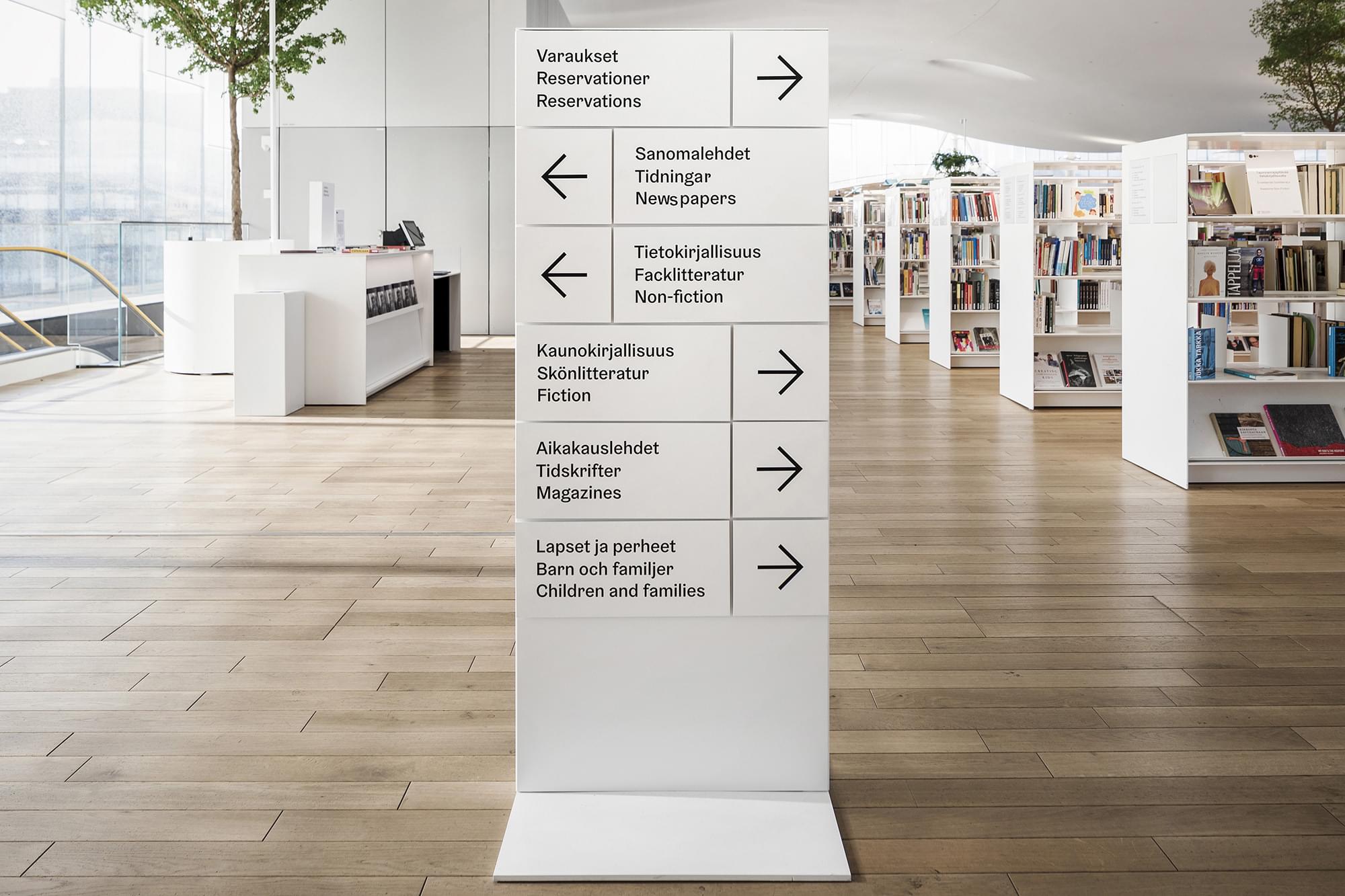 Best city branding in the world

Among the big old famous cities, Helsinki stands out as the bold youthful one. The new identity has given Helsinki a big positive kick. An image of a straightforward, modern, functional and enjoyable place. (And image is everything or at least the beginning.)

Chances are you ended on this page by googling “the best city branding”. If you didn’t, Helsinki comes up in the top five. Improving Helsinki’s global image over the internet is one thing, but the concrete results affect lives. Sounds grand but is true.

There was a 19% increase in the visitor numbers to Helsinki in the year after the brand renewal. Gain to local business. 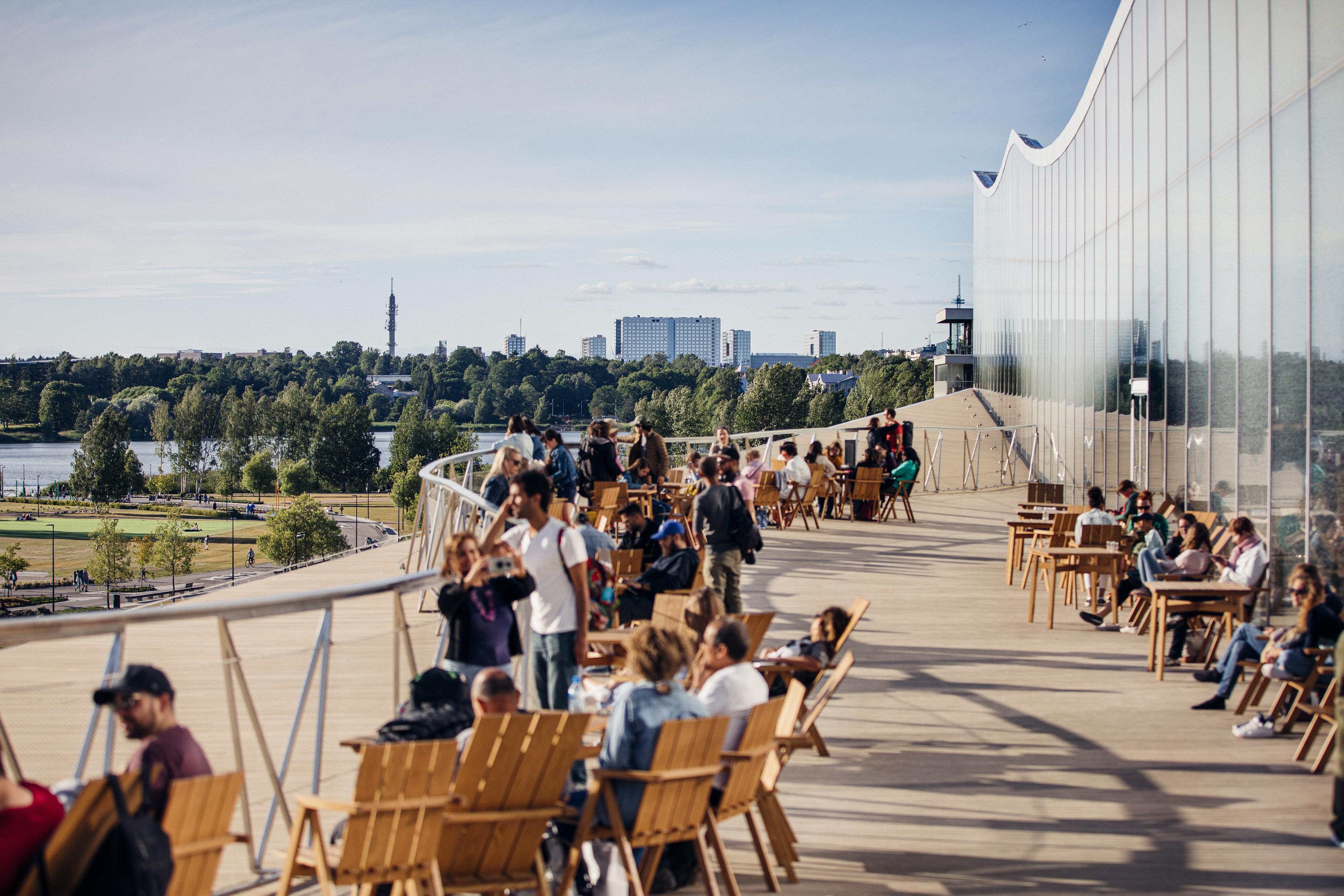 Helsinki is saving every year thousands of person-hours by having one simple identity system that is fast and easy to use. Gain to taxpayers.

Overall satisfaction with the public services has increased because now they are recognised and credit is attributed to the city. Most are proud of the new image. Gain to communal spirit. Happier taxpayers.

Overall, as it says in the city’s identity guidelines: One Hel of an Impact. 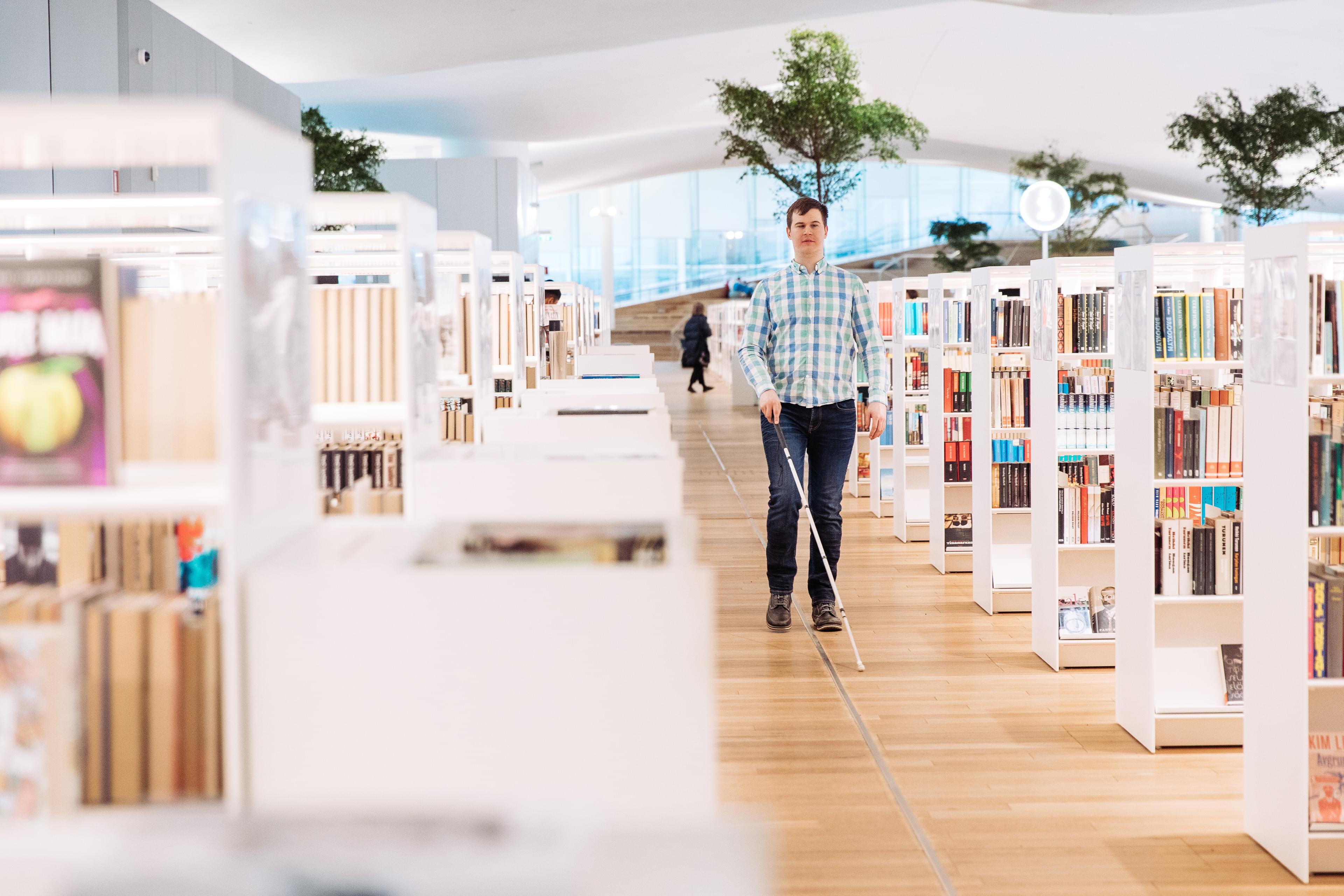