The contemporary art museum Amos Rex has been a curious visitor magnet since day one. In 2013 Konstsamfundet, the foundation behind Amos Rex presented an unusual idea to the city of Helsinki. To build an underground museum in the central Lasipalatsi square.

Werklig was appointed as the strategic and creative partner for branding the new museum. The whole organization of Amos Rex got involved in digging deep, finding the core of its existence and purpose. The strategic foundations turned into unapologetically creative solutions that became an international cover story.

Werklig joined in the effort as the strategic and creative partner to brand the group of companies under one shining star. With a broad team of enthusiastic real estate disruptors from Rive, we defined the core building blocks from values to positioning, to ambition and purpose. The solid strategic foundations were turned into a very fine identity and sparkling online presence, fitting with the spectrum of hefty emotions involved in the home transactions. And the cherry on top — a name that empowers and excites. The path to a European changemaker is paved! 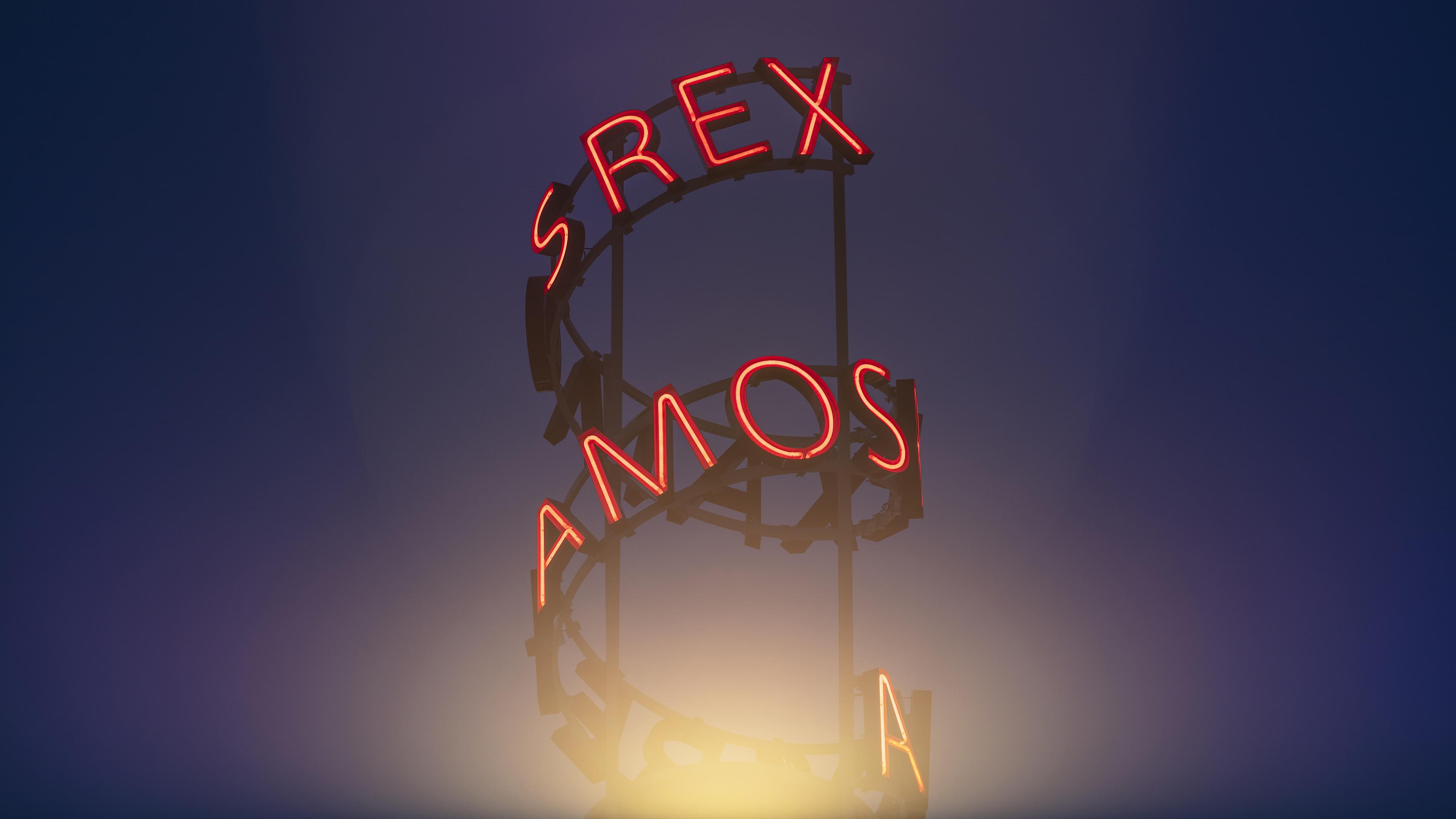 The first part of the Amos Rex's name and all its funding came from Amos Anderson, a rags-to-riches businessman, globetrotter, patron of arts, science and culture, and a mysterious socialite. Amos wielded some influence. He served as a member of the Finnish parliament in 1920 and owned Finland's largest Swedish-language newspaper Hufvudstadsbladet. At death, his fortune and the vast collection of art from medieval to modern times were left to Konstsamfundet, a foundation he set up in 1940.

The eccentric character of Amos lives on in the celebrated museum, designed by JKMM Architects, the most awarded Finnish architecture studio. In the construction, the subterranean parts were joined with ingenious deference to the historic 1930s Lasipalatsi building. In essence a sublimely beautiful cave.

The excavations and building works of the largest private museum in Finland started in 2016. Amos Rex opened for public in 2018.

How to create a brand for a contemporary art museum that gives space to the art inside while in tune with the advanced architecture and the intriguing personality of Mr. Anderson.

The work was set in motion by Kai Kartio, the director of Amos Anderson Museum, with insight to involve all the museum's personnel in the strategy work. He felt their participation would be crucial for the brand work and success of the new museum. So, we kicked things off in the attic of Amos Anderson Museum with a team of 25 people. Together, we started to draw out the foundations of the new museum brand. Everyone had a say, their fingerprints all over what came to be. 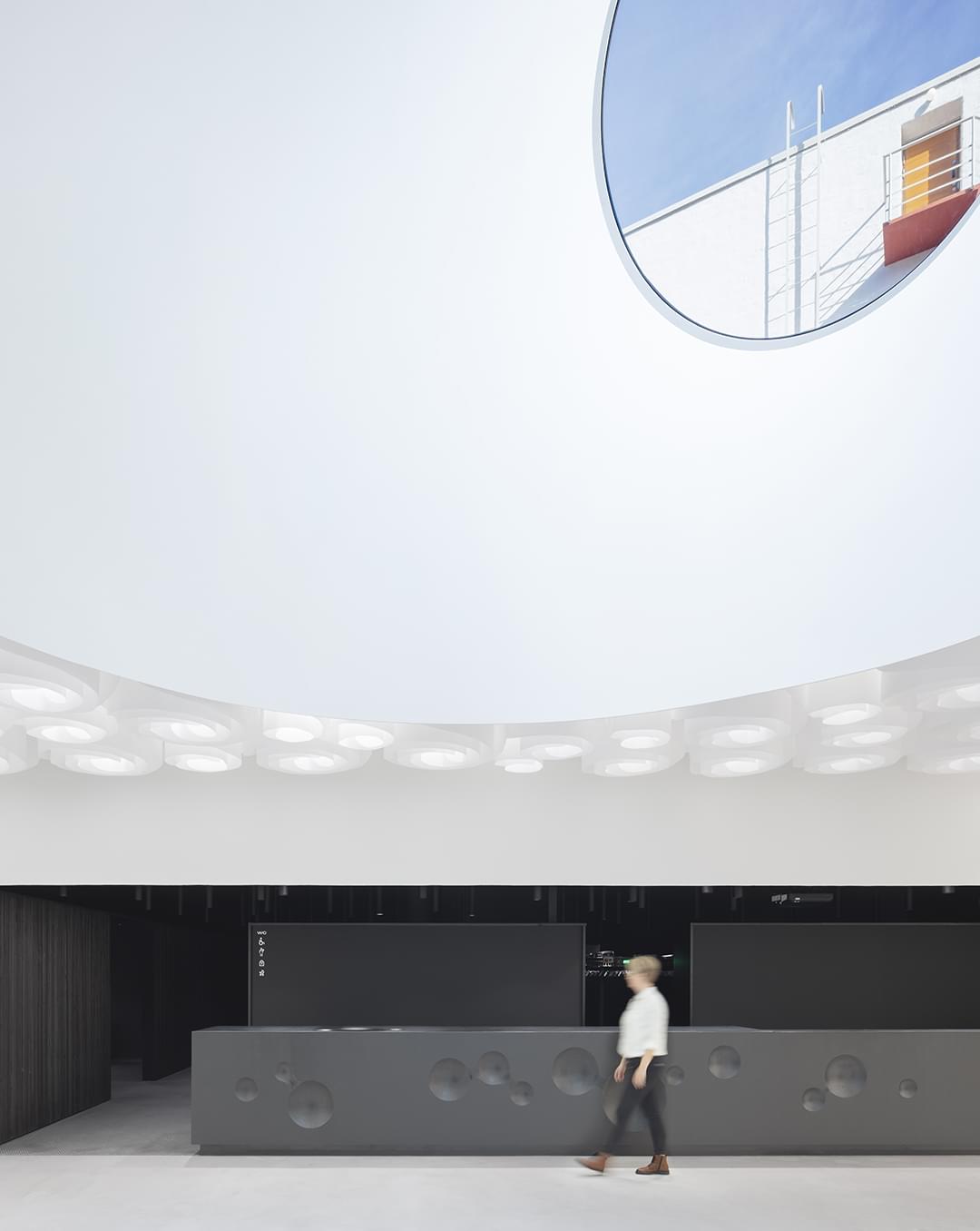 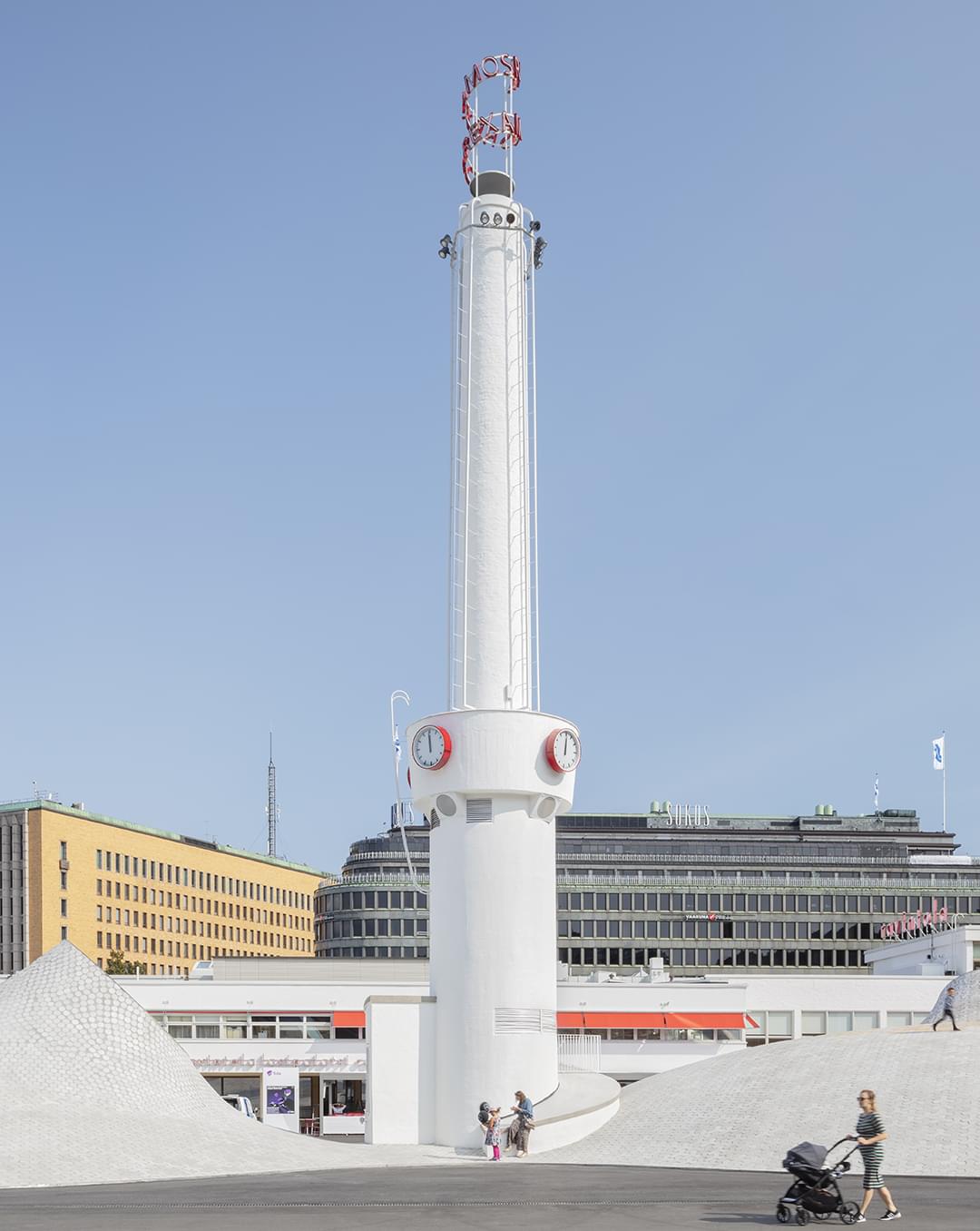 “It is as if the museum didn’t quite agree to go underground, and it’s somehow bubbling up into the square.” 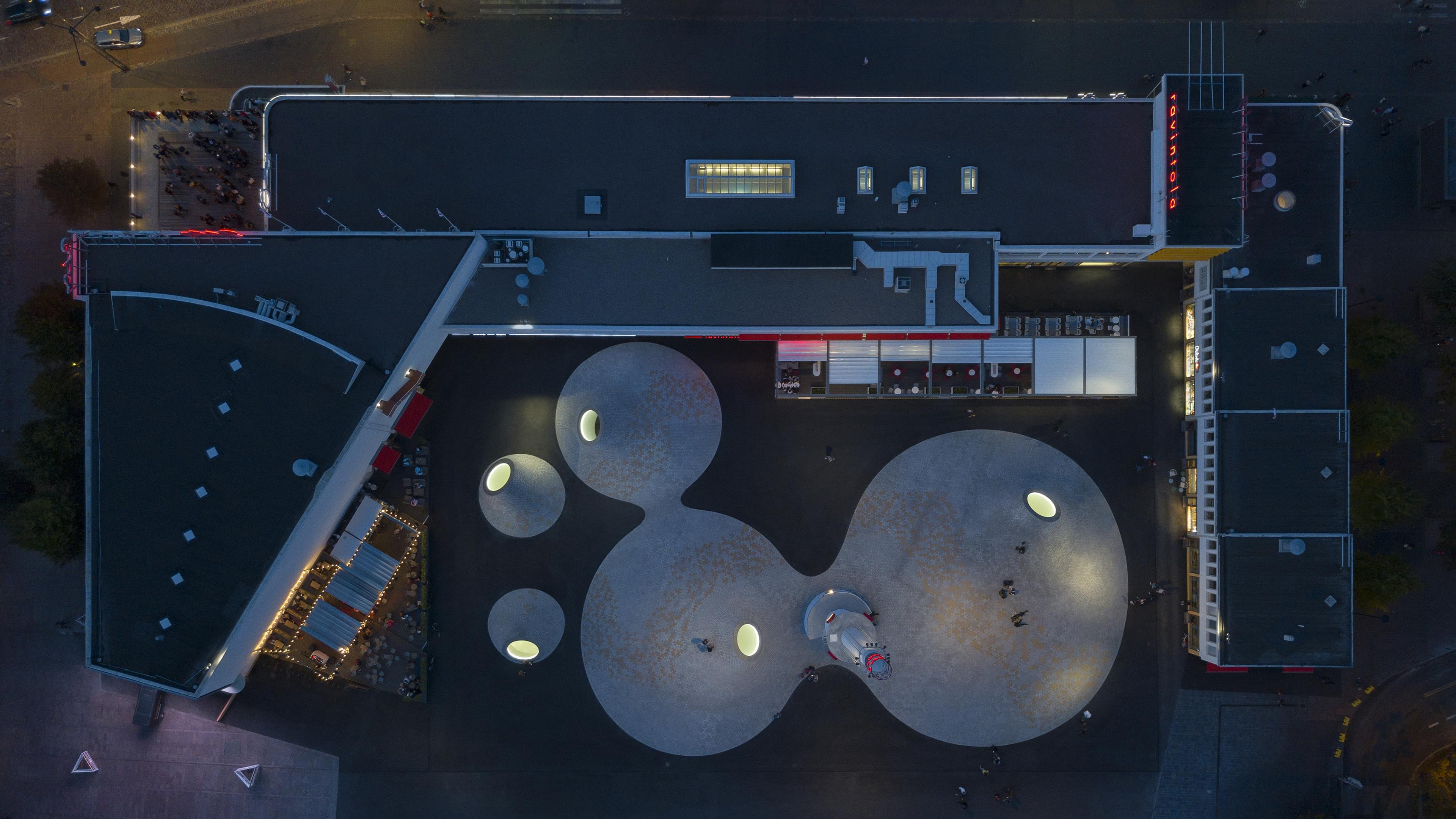 We worked with the museum staff, who were ambitious in their effort to perfect all the details and stay true to the brand. An extensive signage system was designed, including the Amos Rex Shop. It exists in harmony with the surroundings and gently nudges people to get the most out of their visit. With the staff we curated the first-ever museum shop collection, to tell another side of the same story. 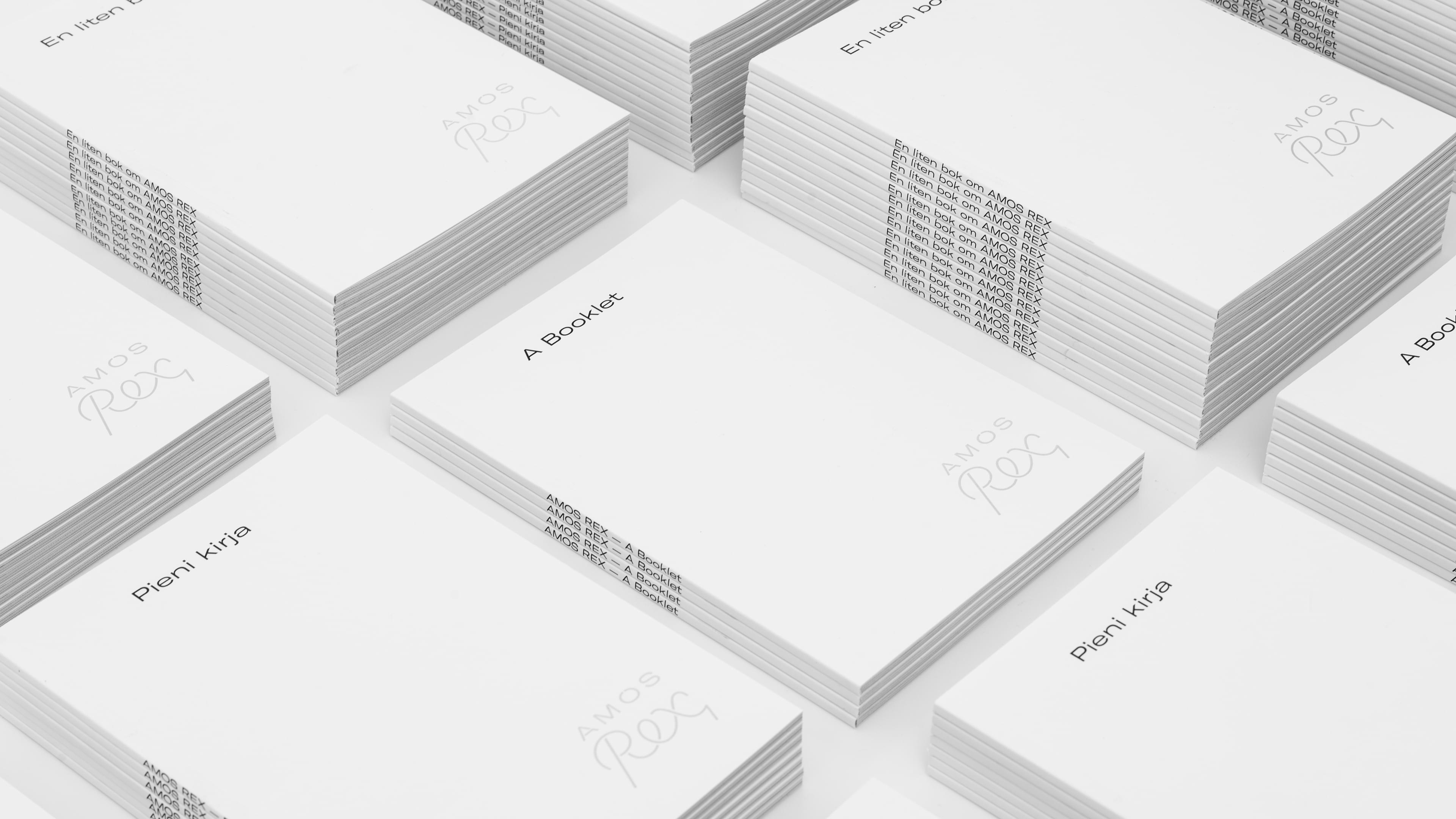 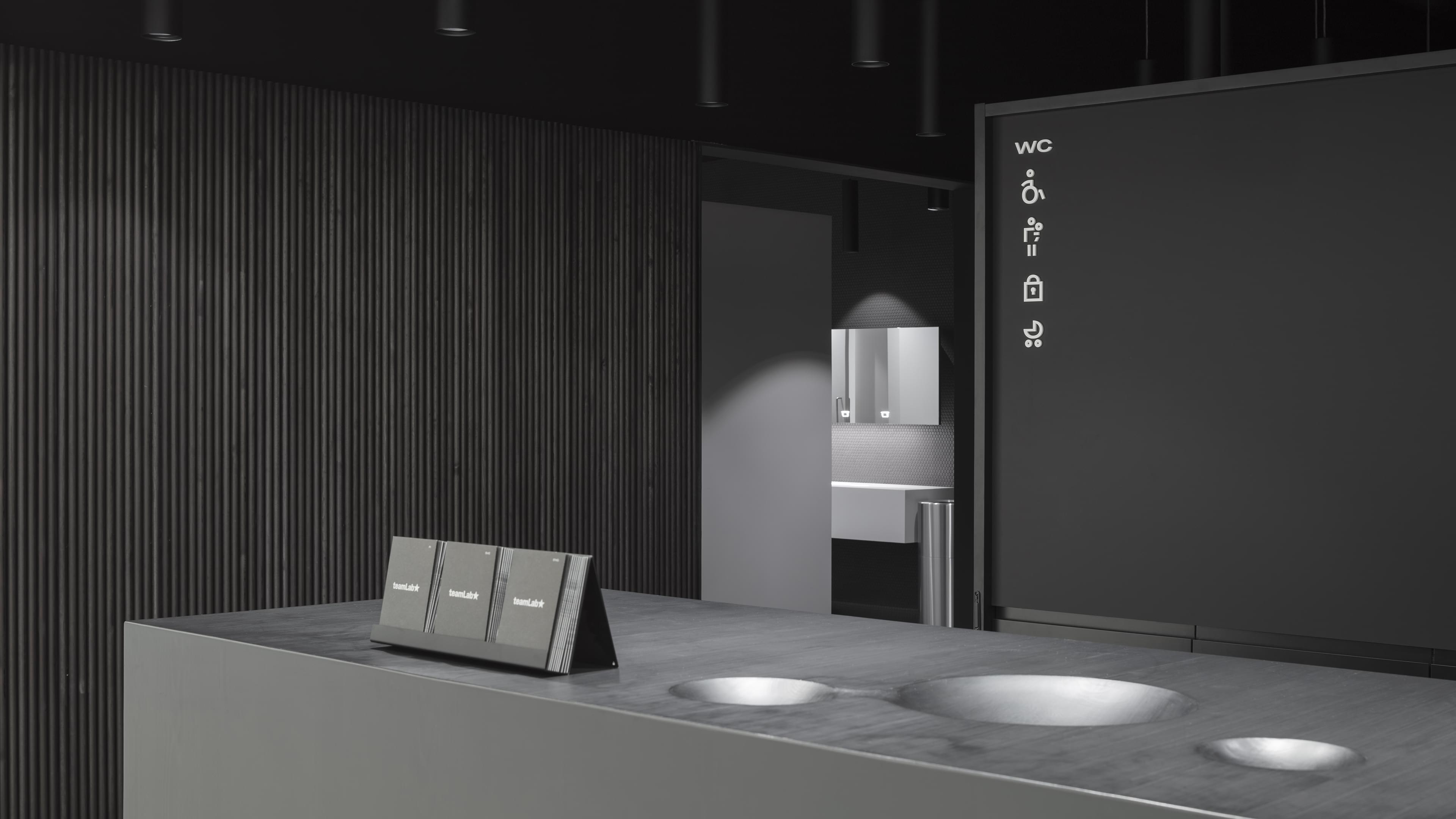 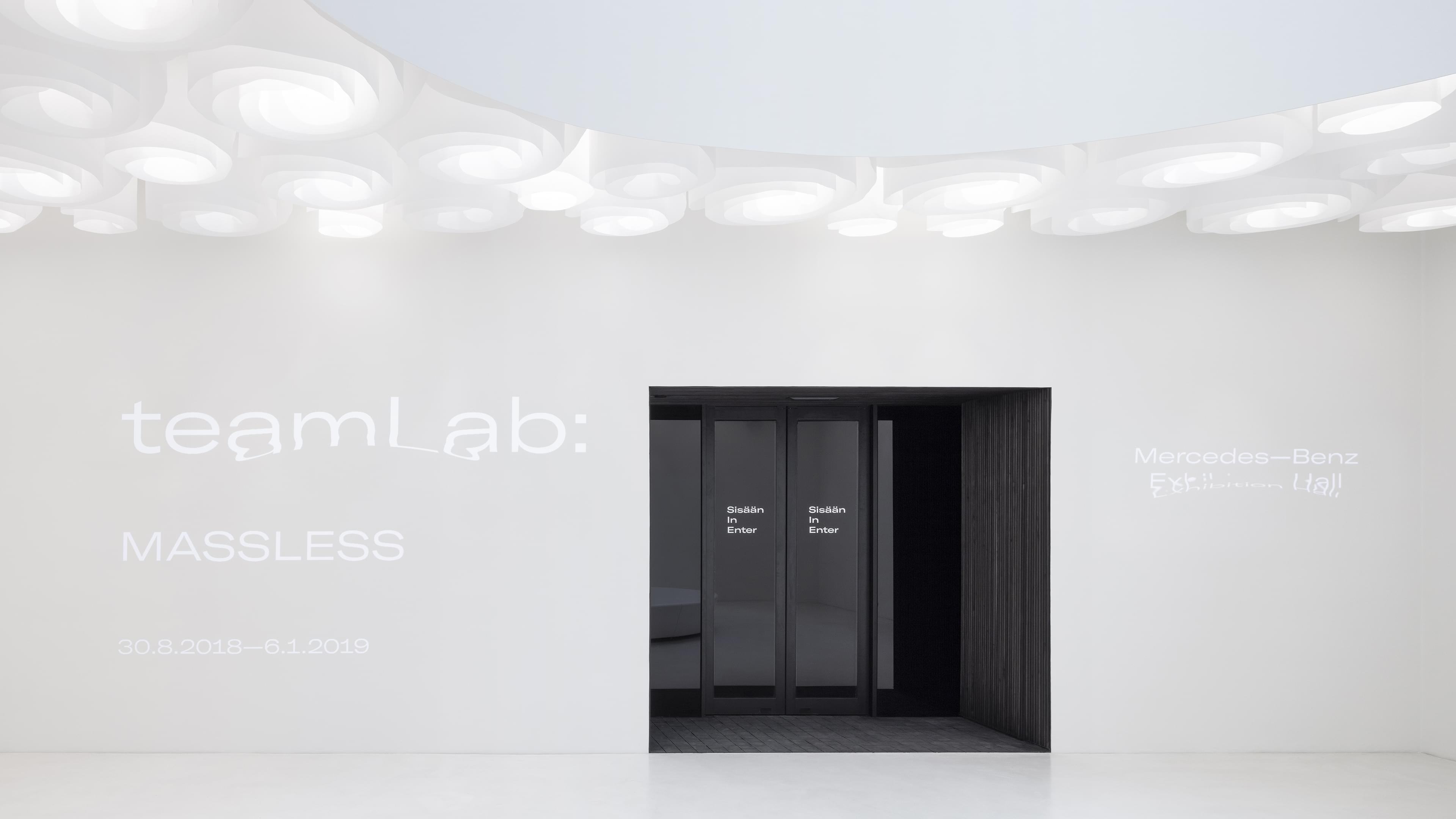 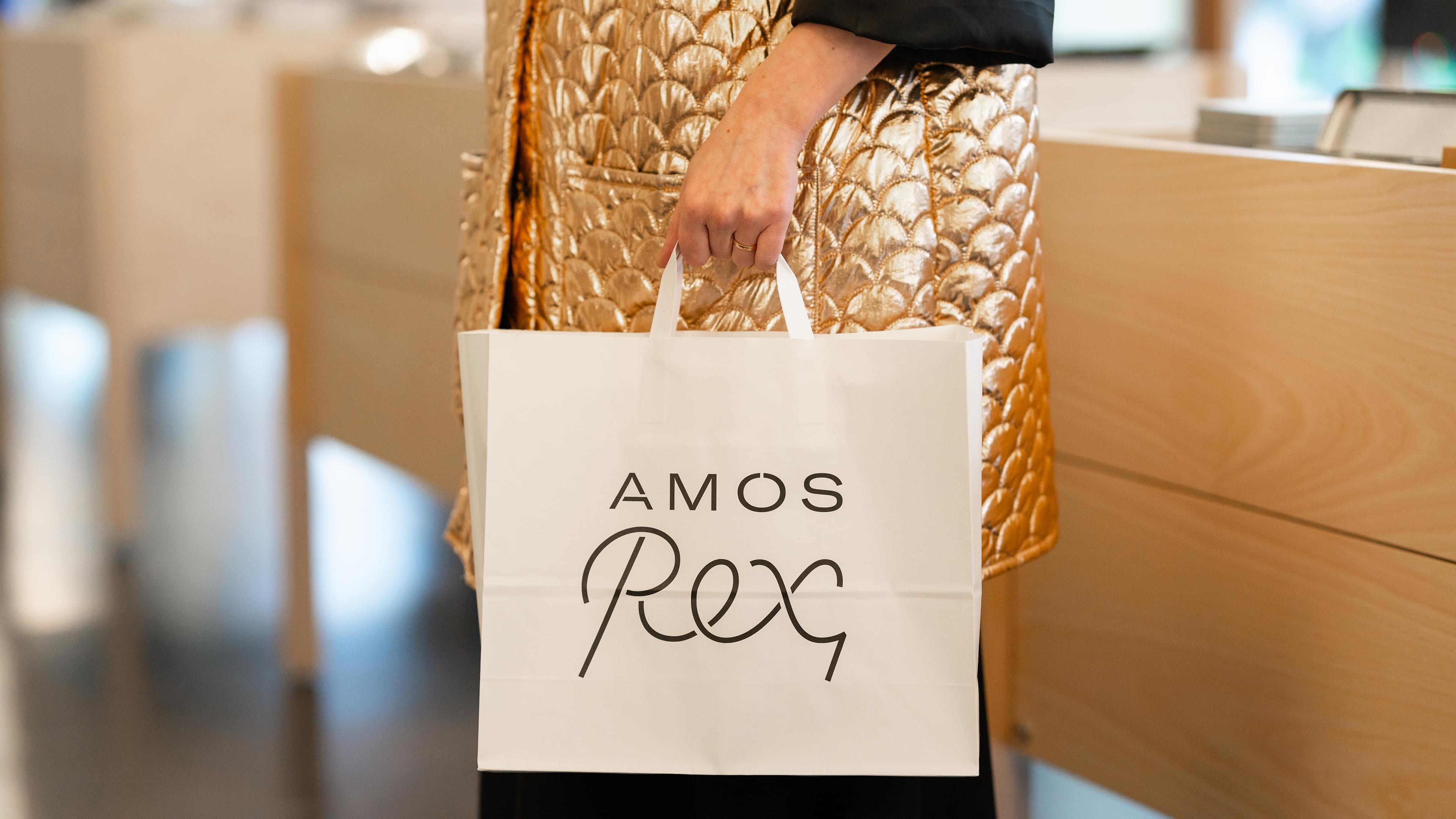 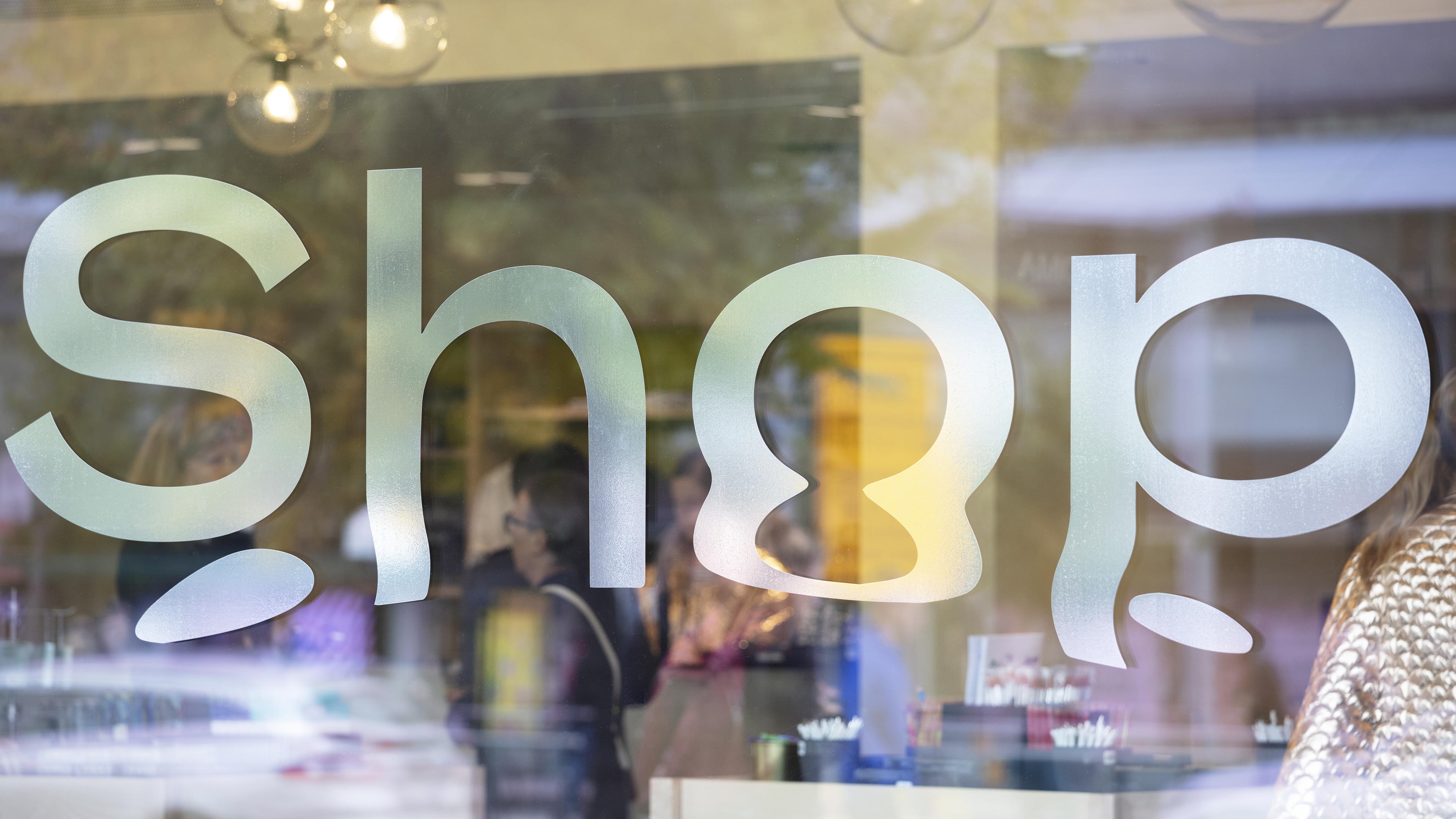 Getting the neon sign of the museum on the protected exterior of the building, on top of an old chimney, required some tugging and pulling, literal and figurative. Now the sign is a proud centerpiece of Lasipalatsi square. And part of a ventilation system for the beautiful cave that is Helsinki's newest and already beloved art institution. 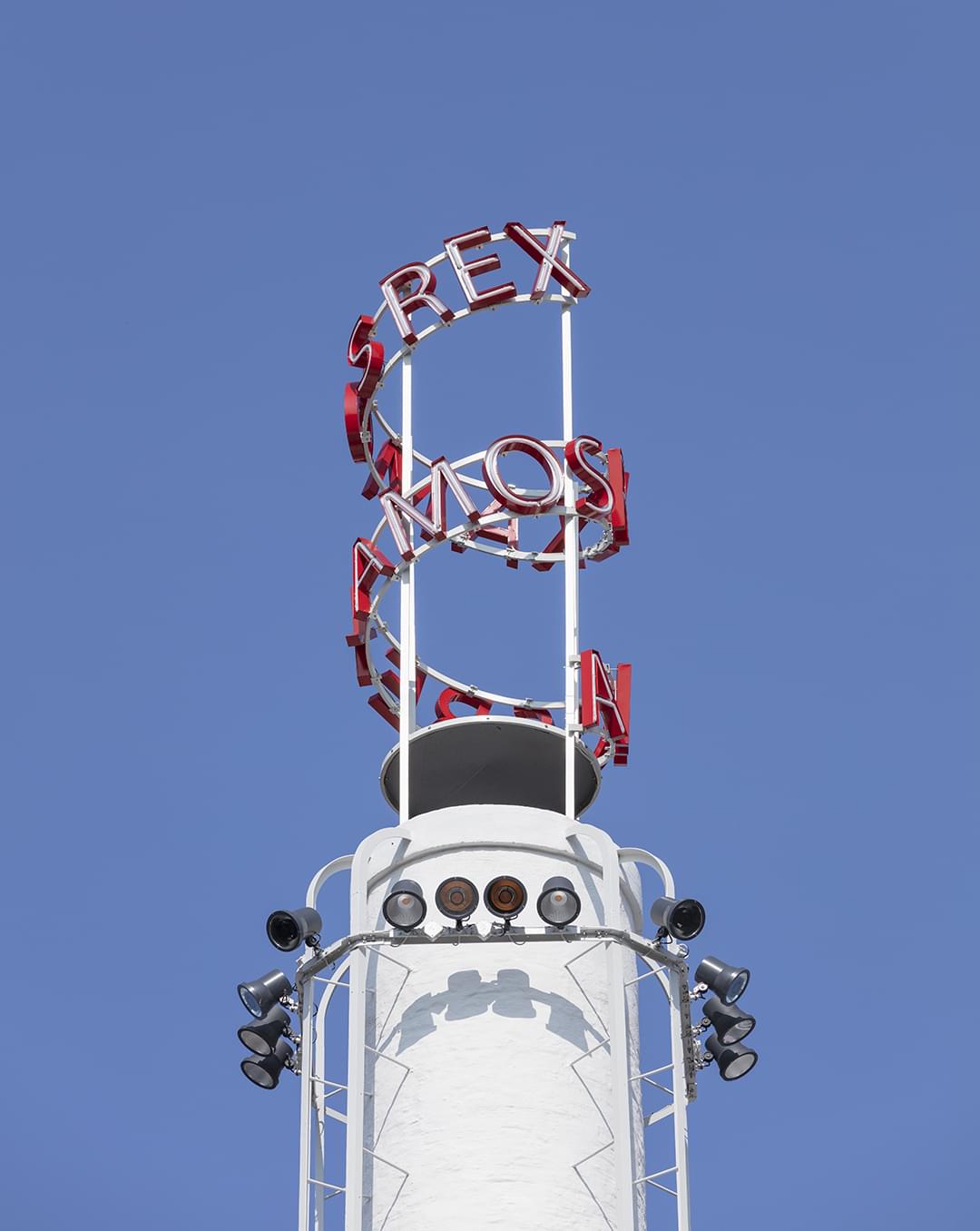 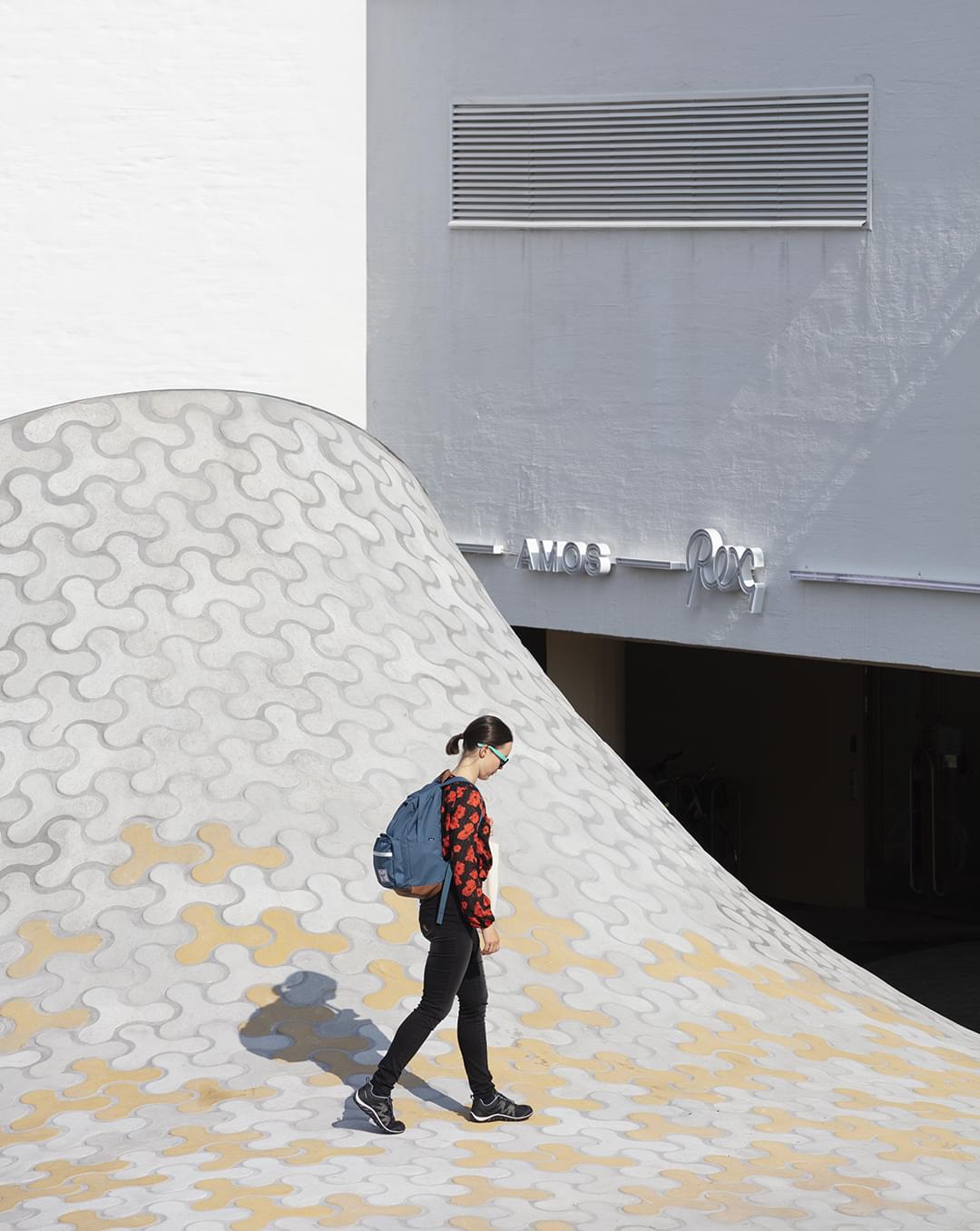 Amos Rex opened in 2018 with an explosive entrance to the art scene of Helsinki. It gained rapid worldwide attention and attracted over 10 000 visitors in a matter of weeks. The queues are infamous. 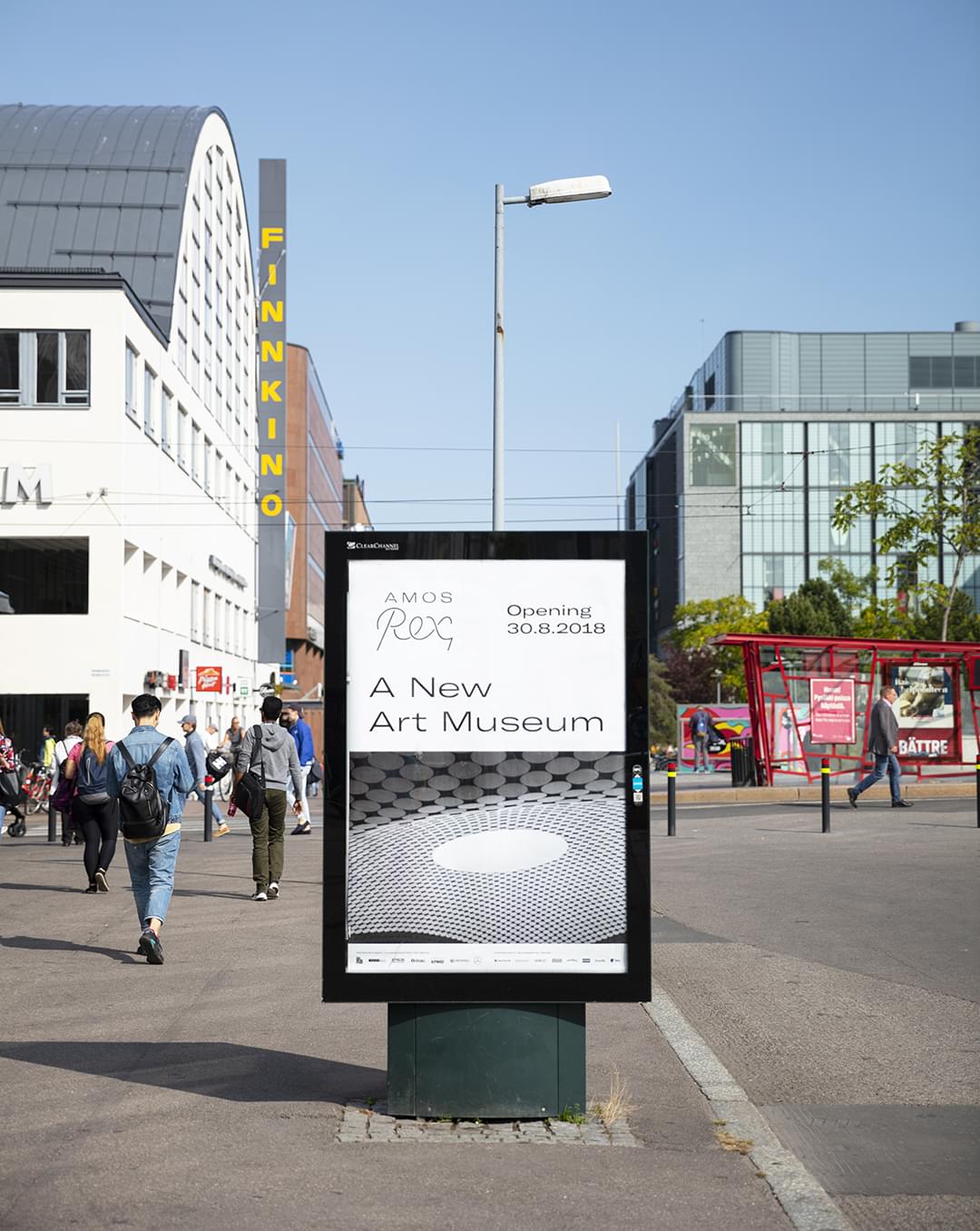 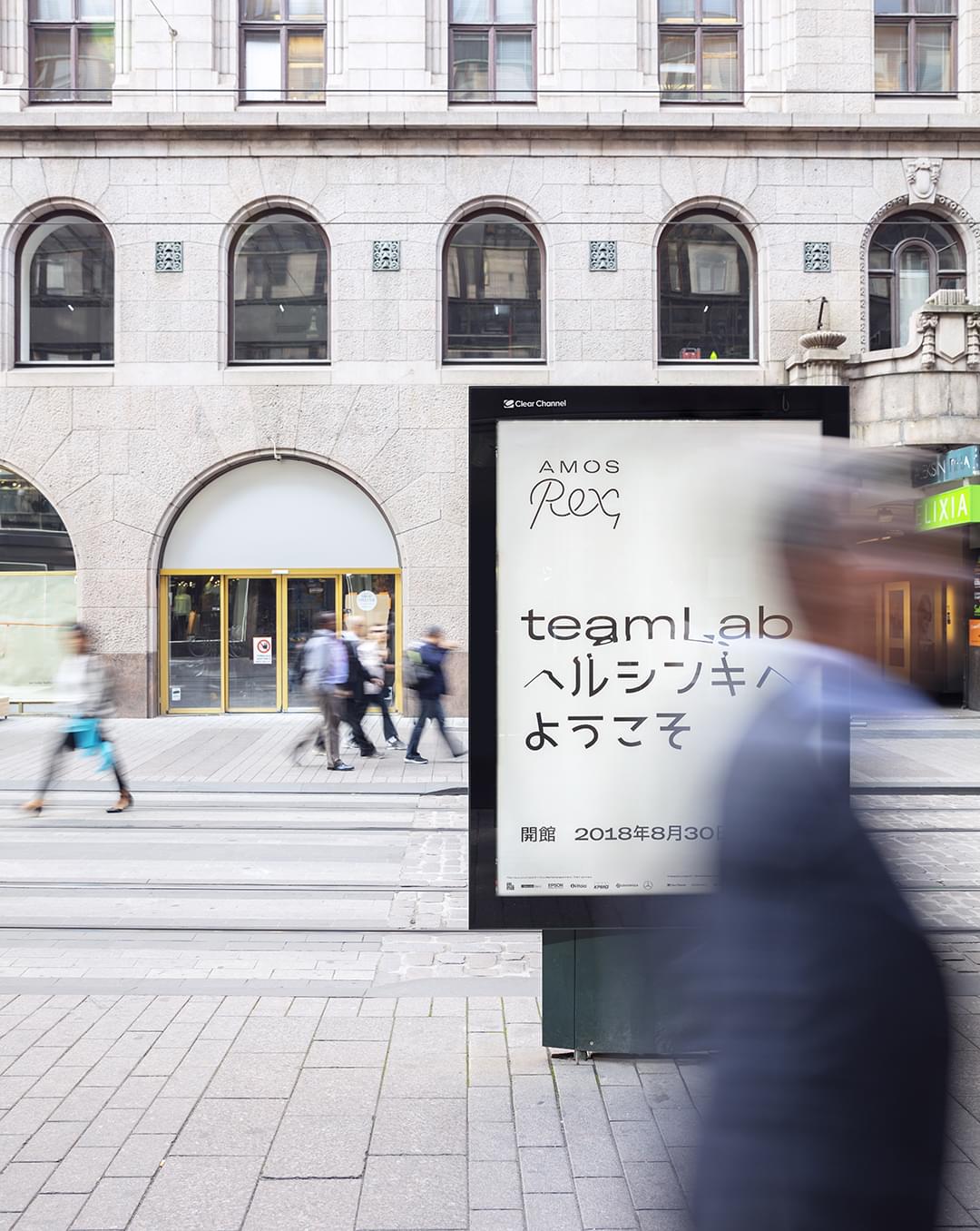 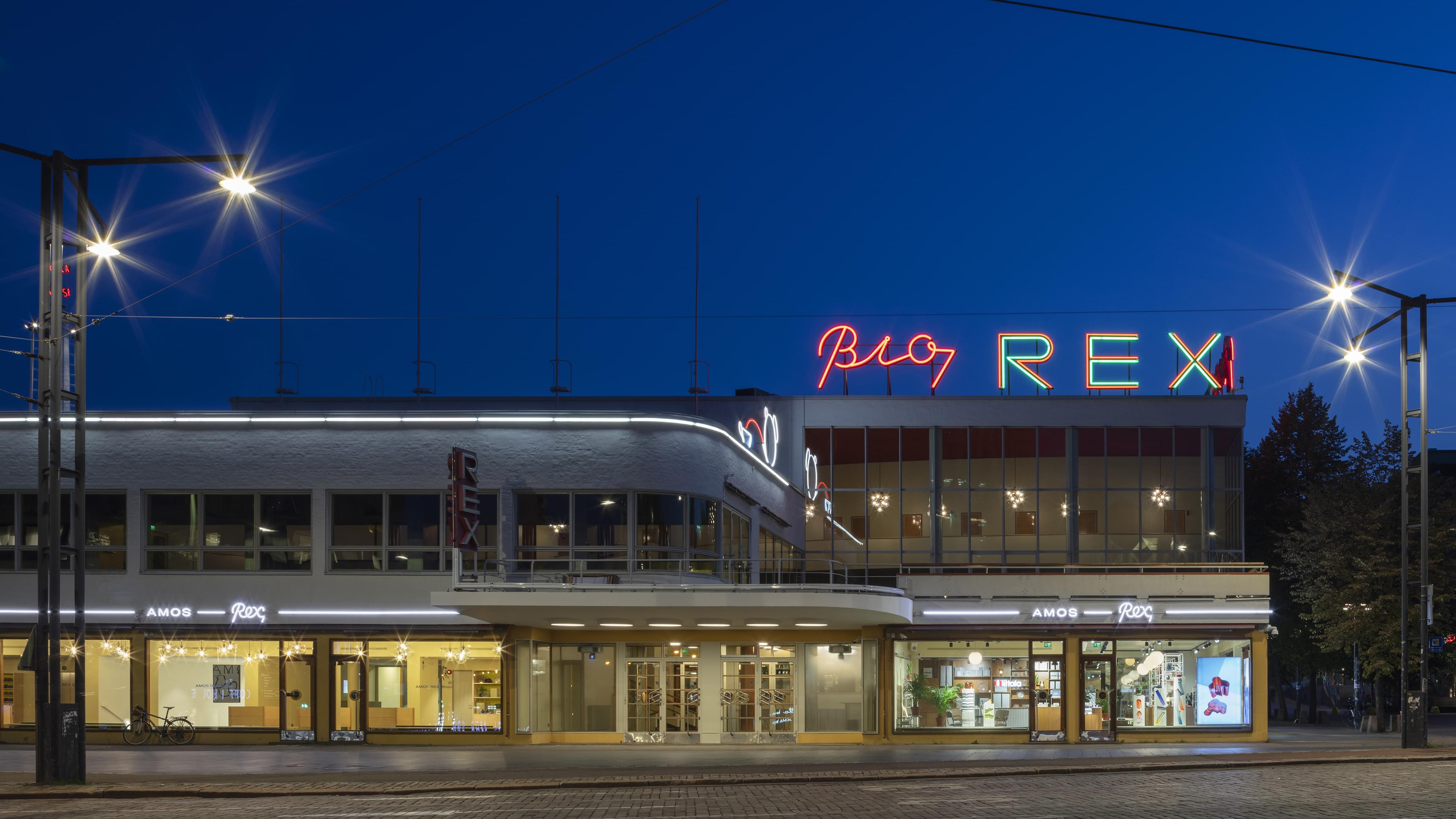