EMMA – Espoo Museum of Modern Art celebrated its 10th anniversary with a new exhibition series “In Search of the Present”. The first exhibition immersed in current issues, as well as considerations on who we are and where we are going. 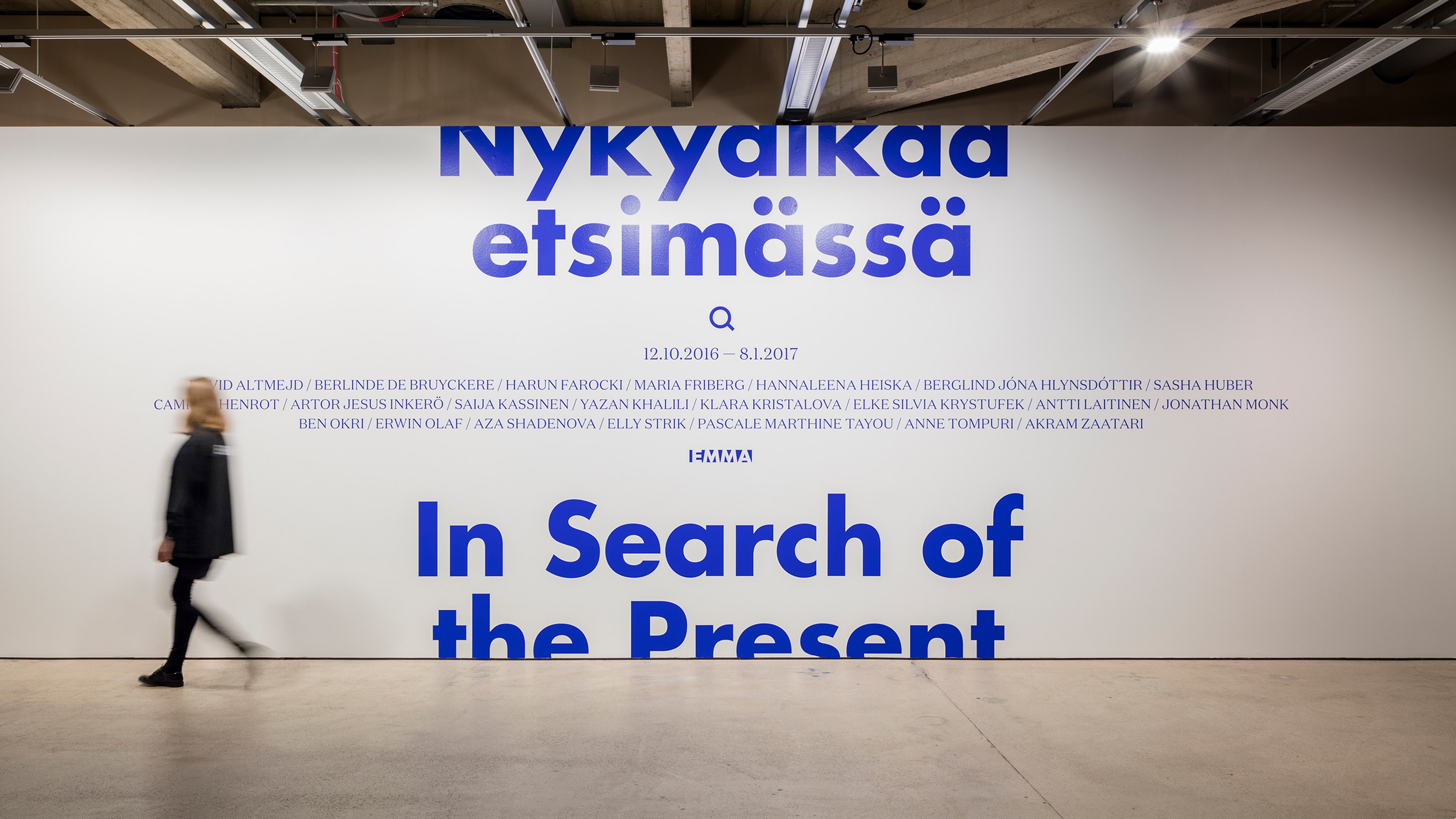 The exhibition concept was inspired by the 1929 collection of essays by Olavi Paavolainen, an influential Finnish modernist writer and thinker, in which he discusses the essence of the modern human in the modern, changing world. His thinking offers astounding parallels to questions we are asking ourselves today.

Visually the exhibition identity was a new layer to the black-and-white identity of EMMA Museum. The dominant color blue (think of Picasso’s “Periodo Azul” or Yves Klein’s “Epoca Blu”) reflects the new era for EMMA, it’s “blue period”. Blue color is present throughout the identity and the combination of white and blue sets a perfect frame for conttemporary art pieces.

The identity is based on a continuous scrolling movement we are surrounded by today. The movement can be seen in all of the applications of the identity, either as a cut out text or a physical movement. 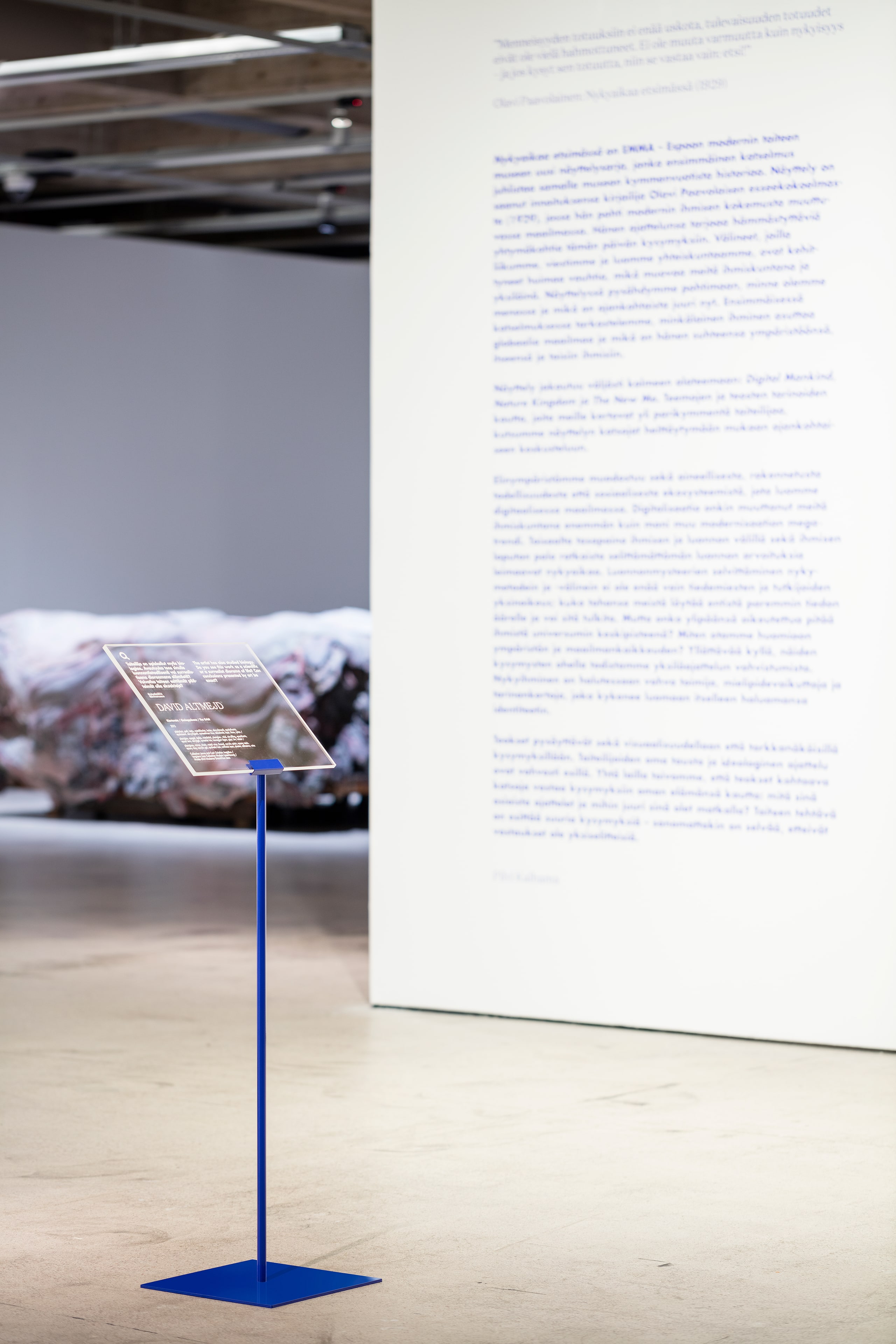 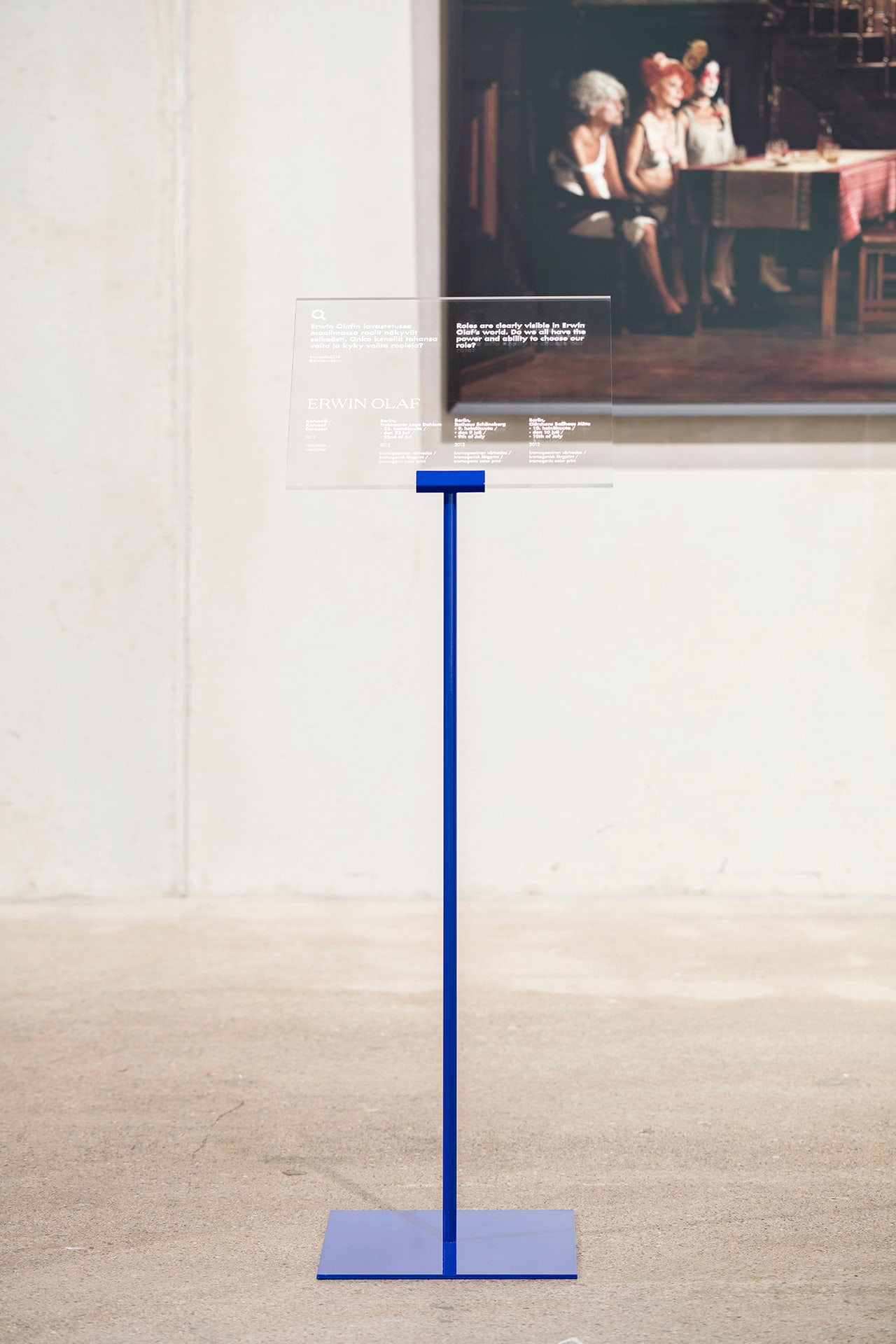 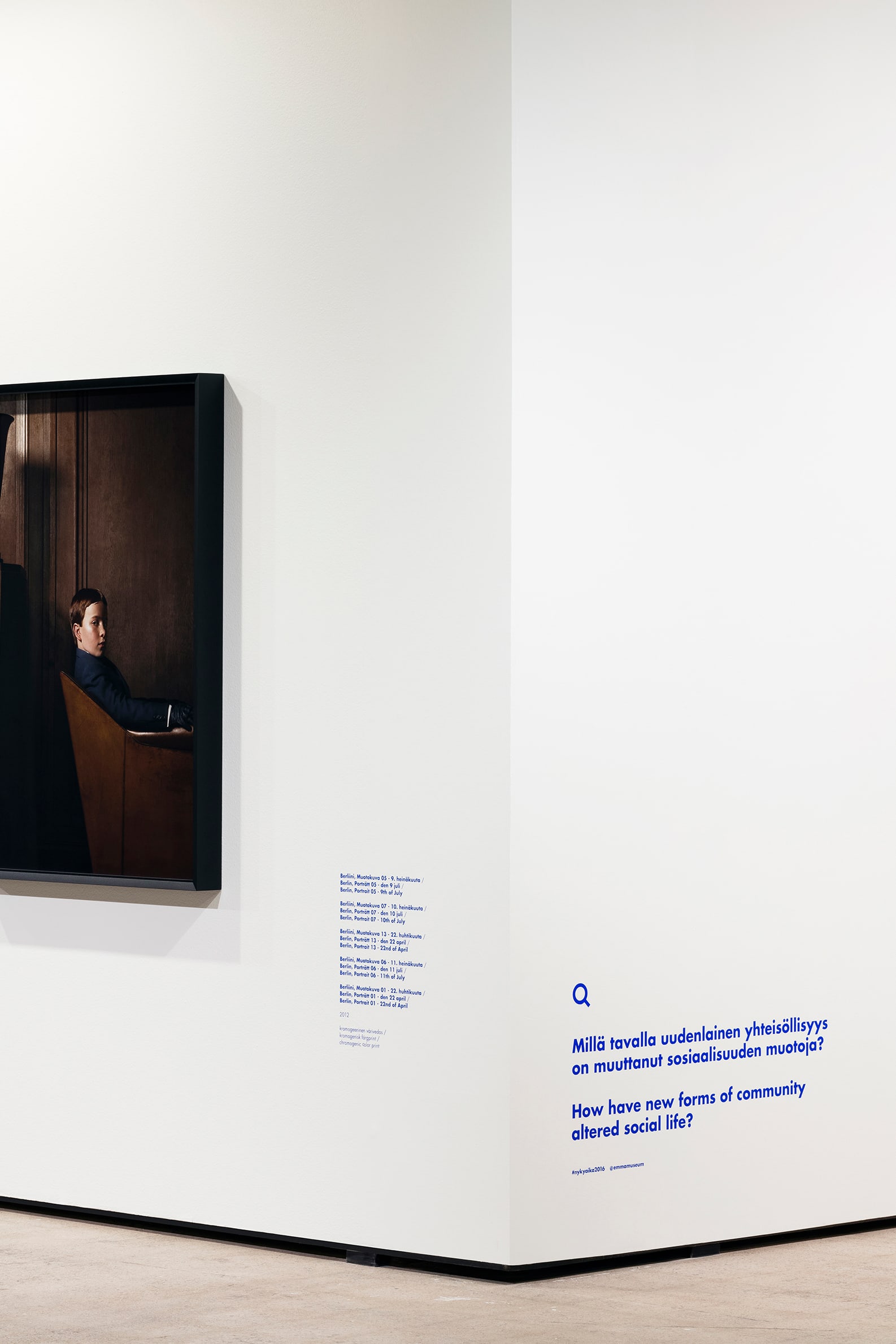 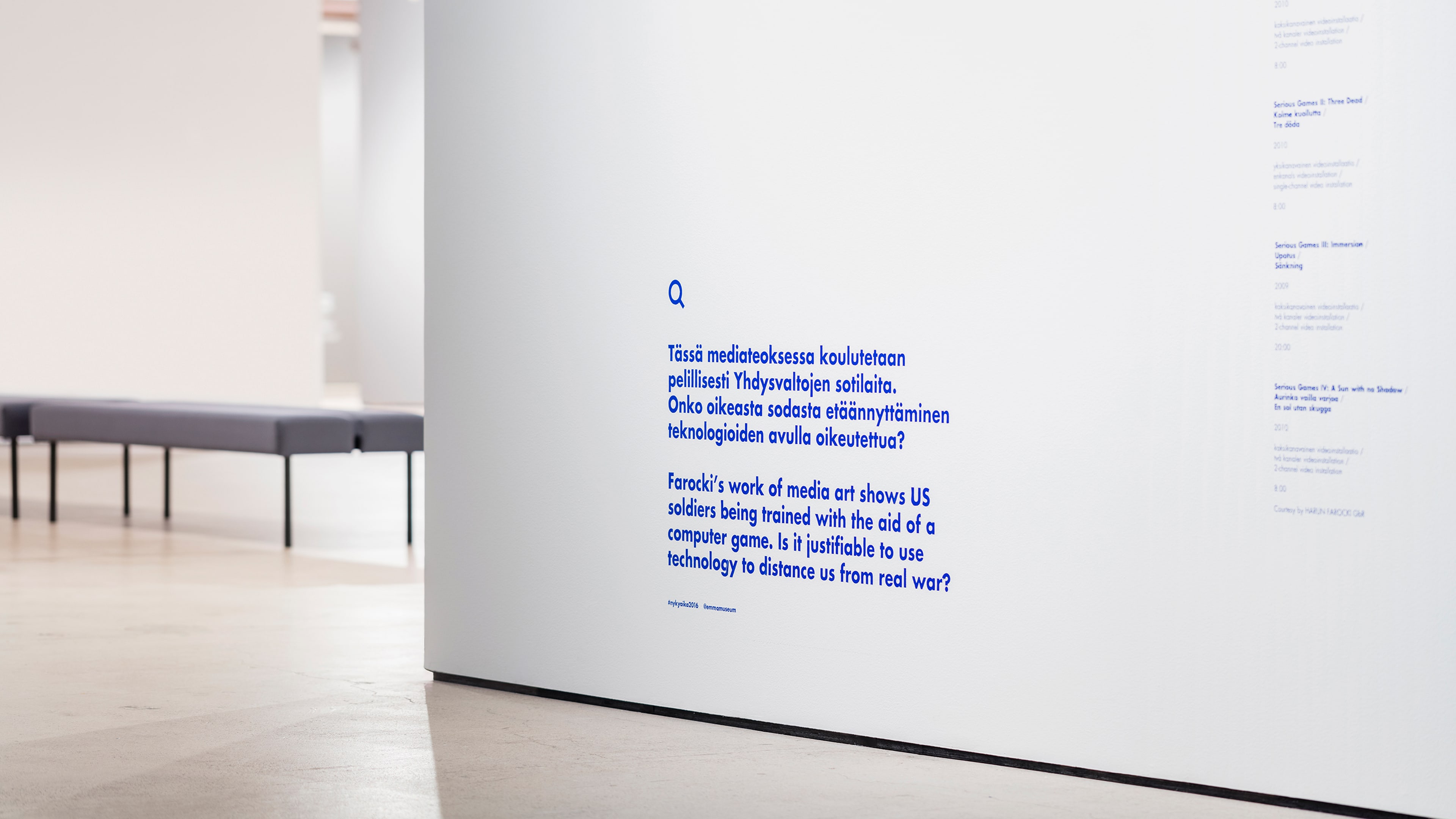 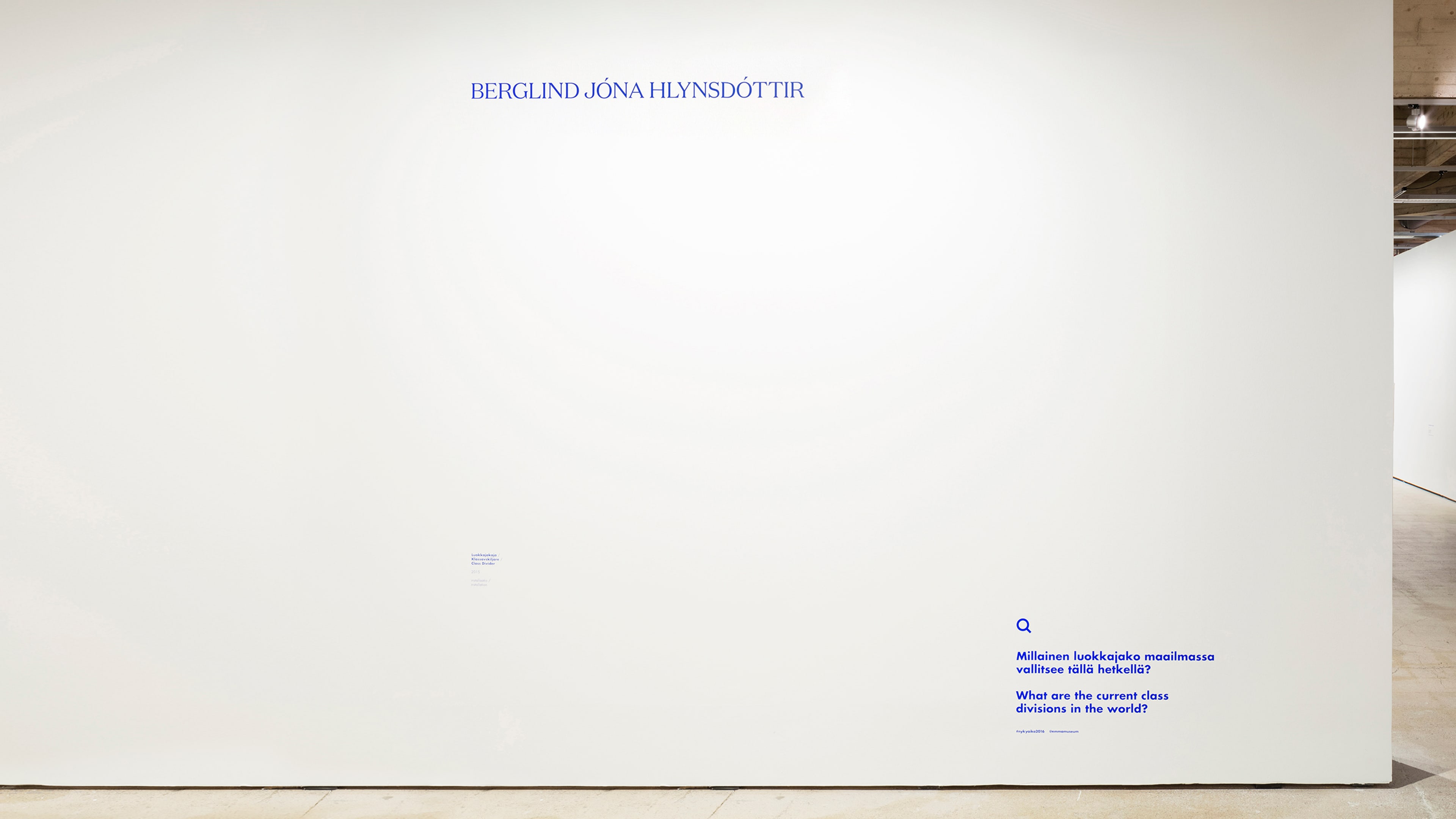 The identity is based on a continuous scrolling. 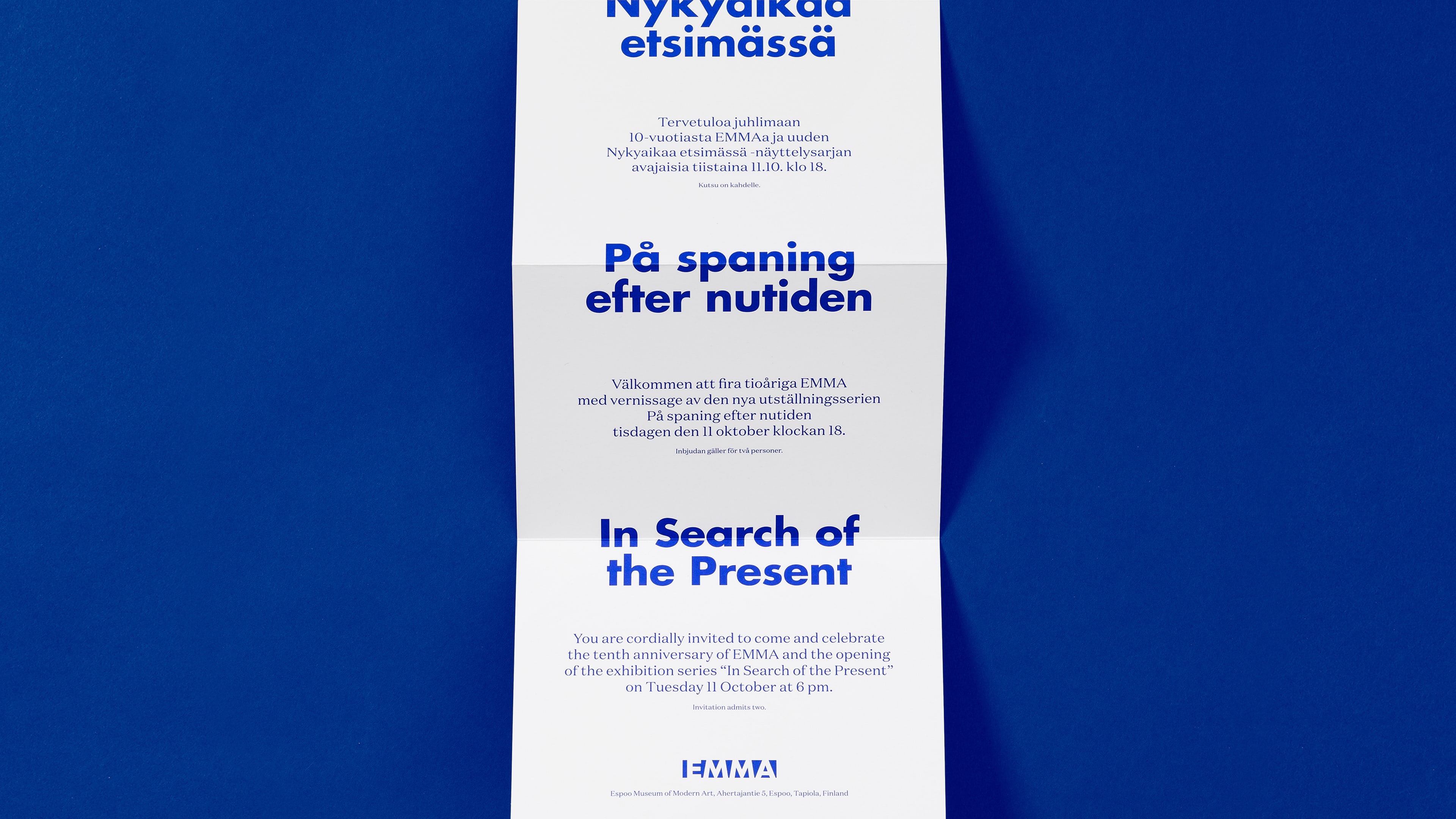 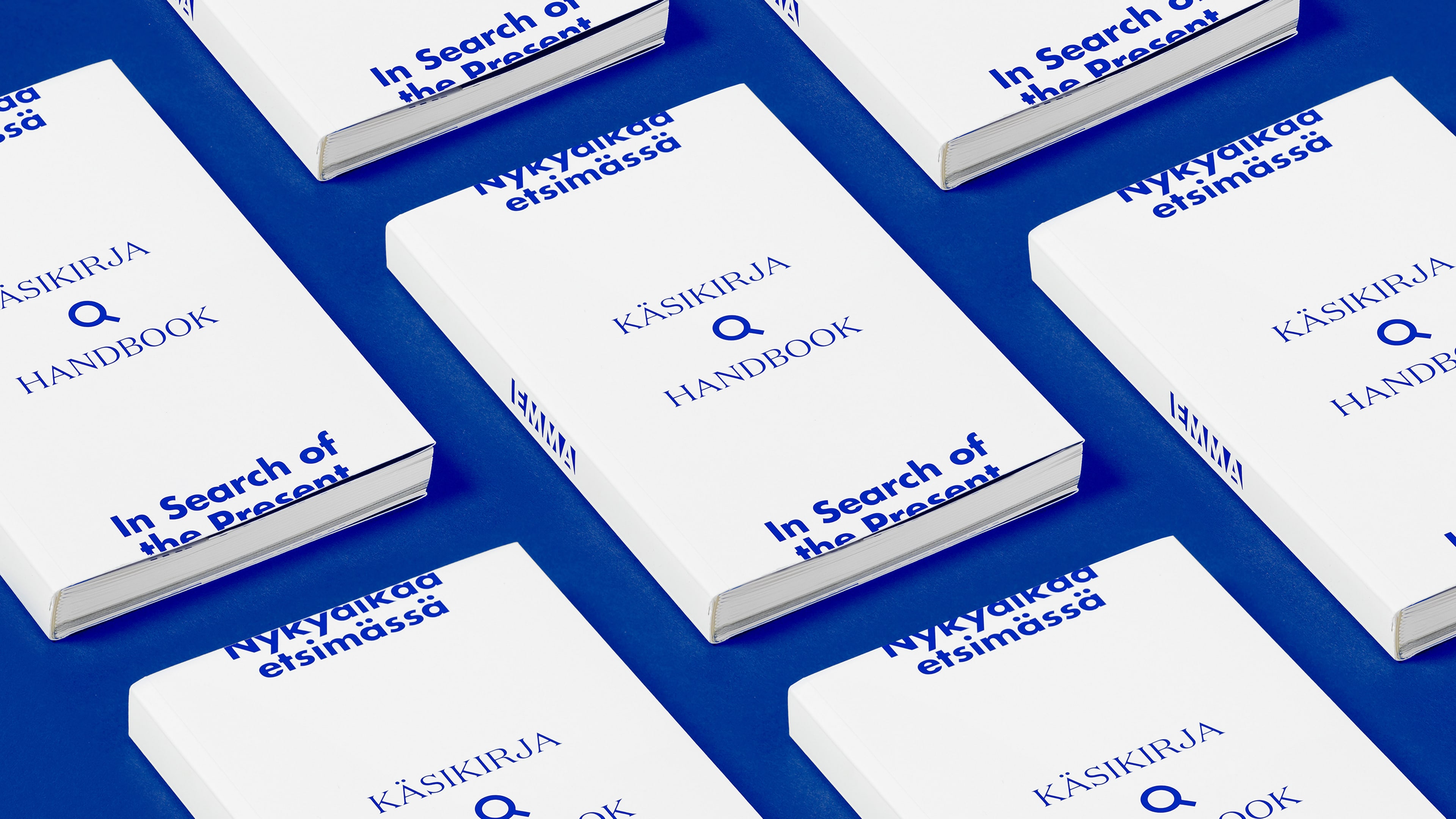 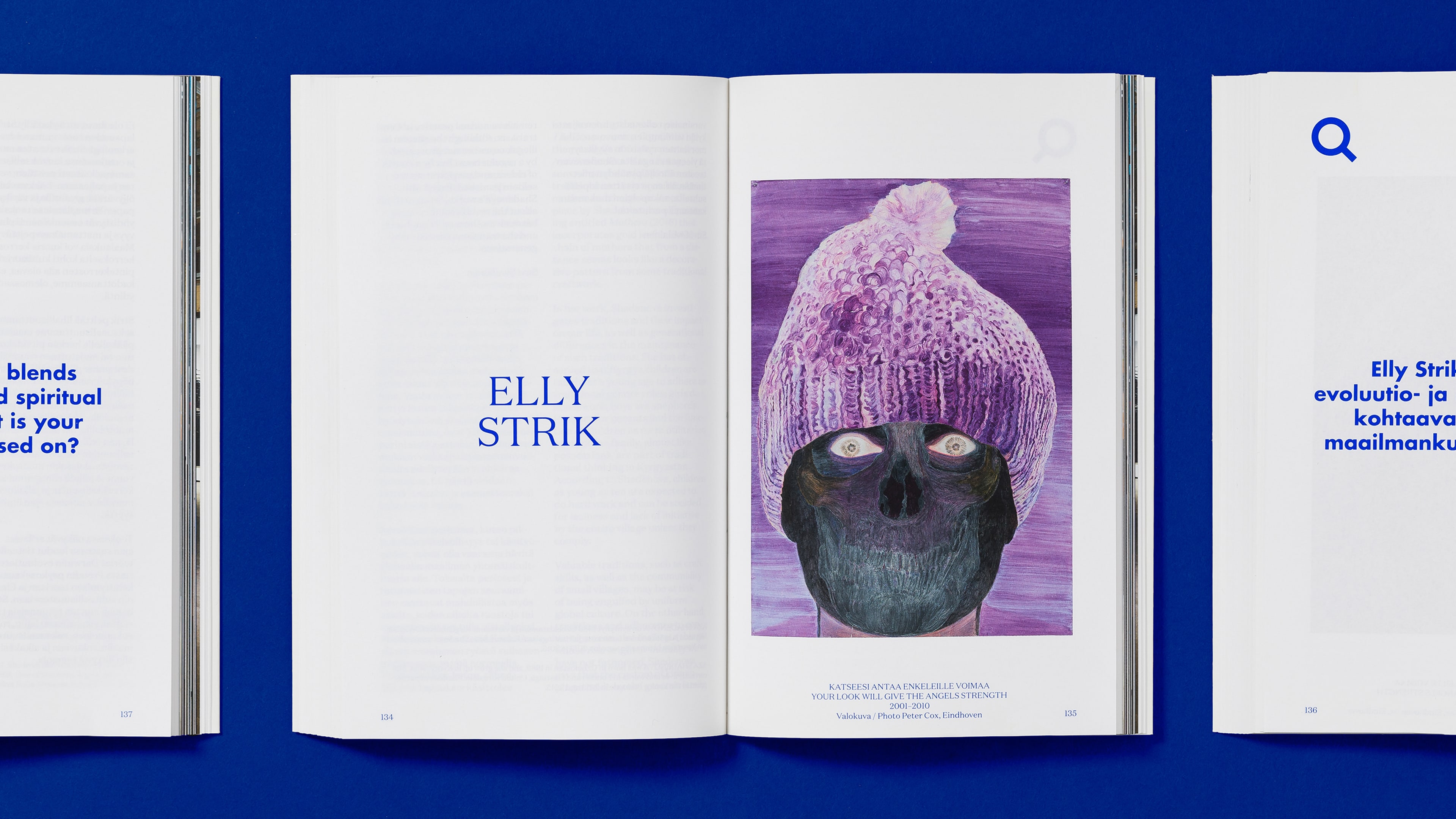 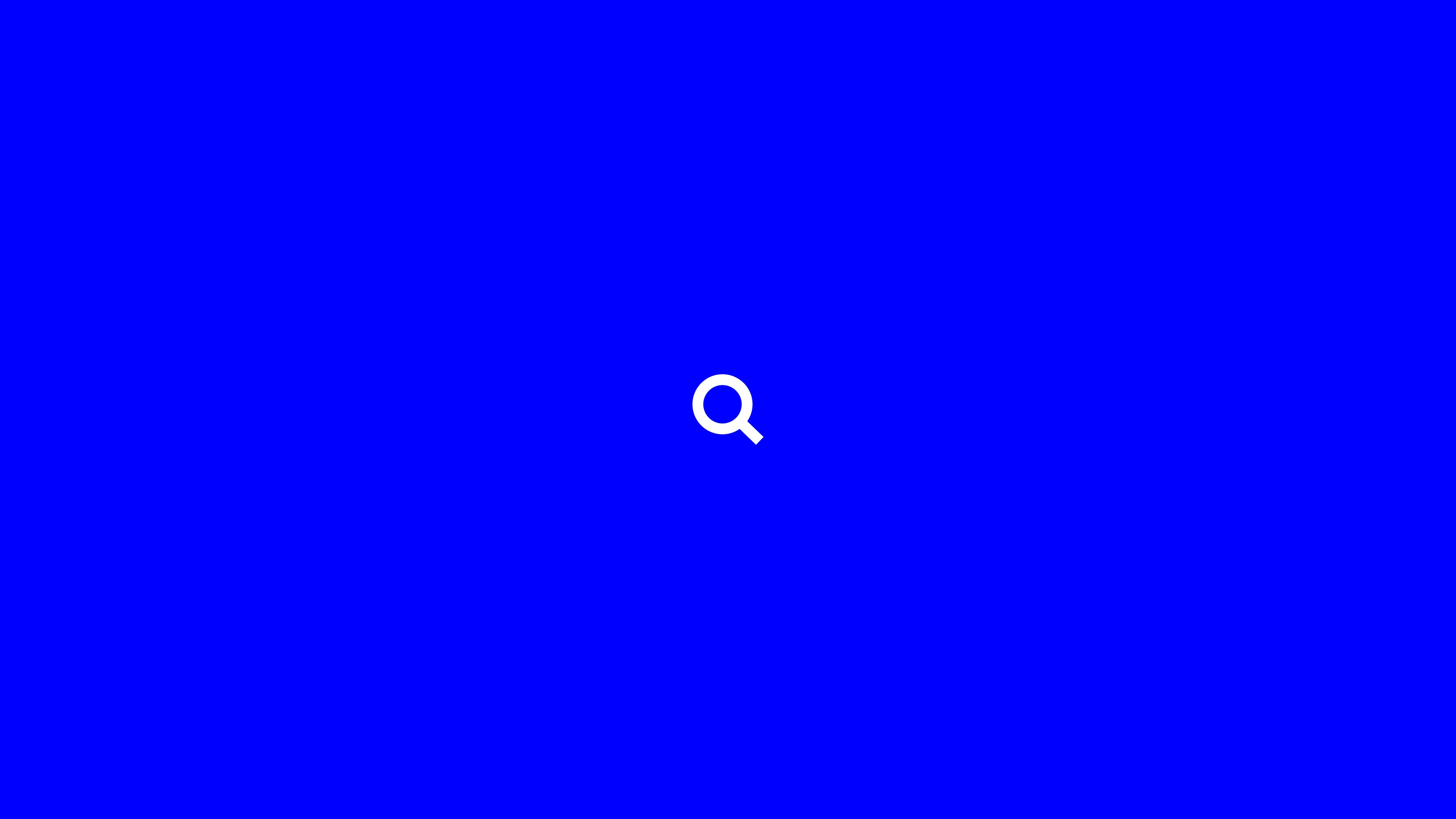 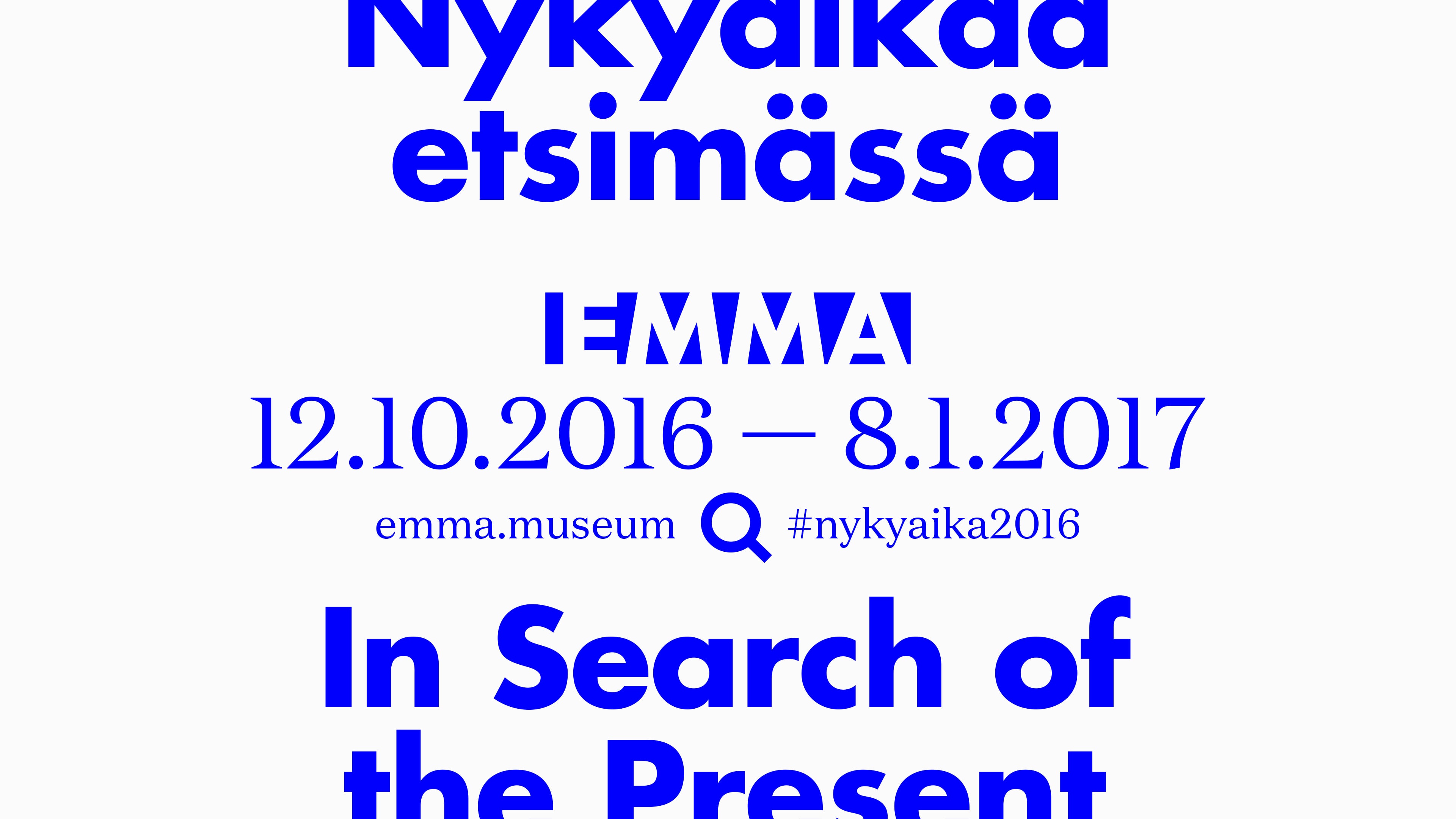 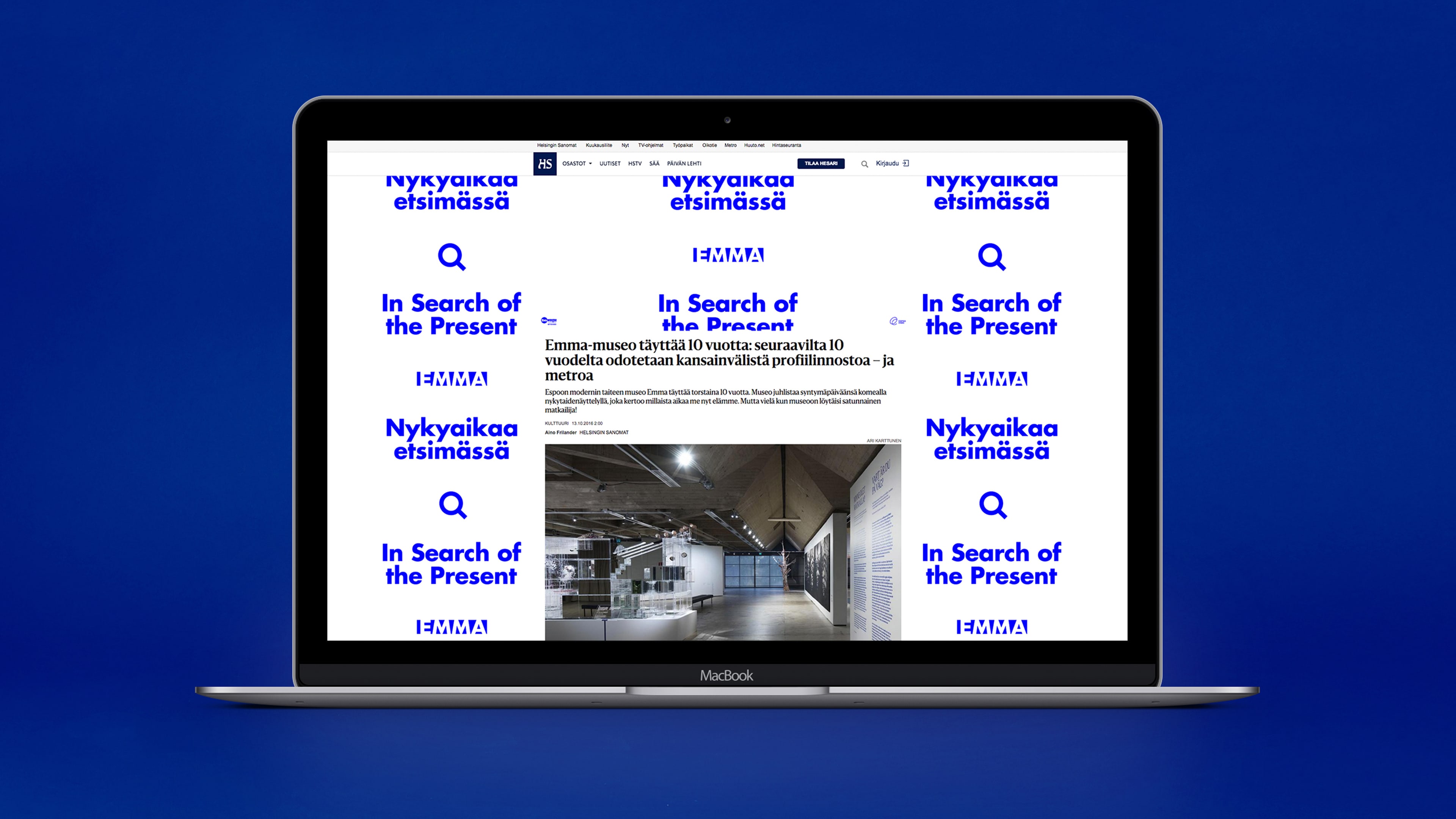 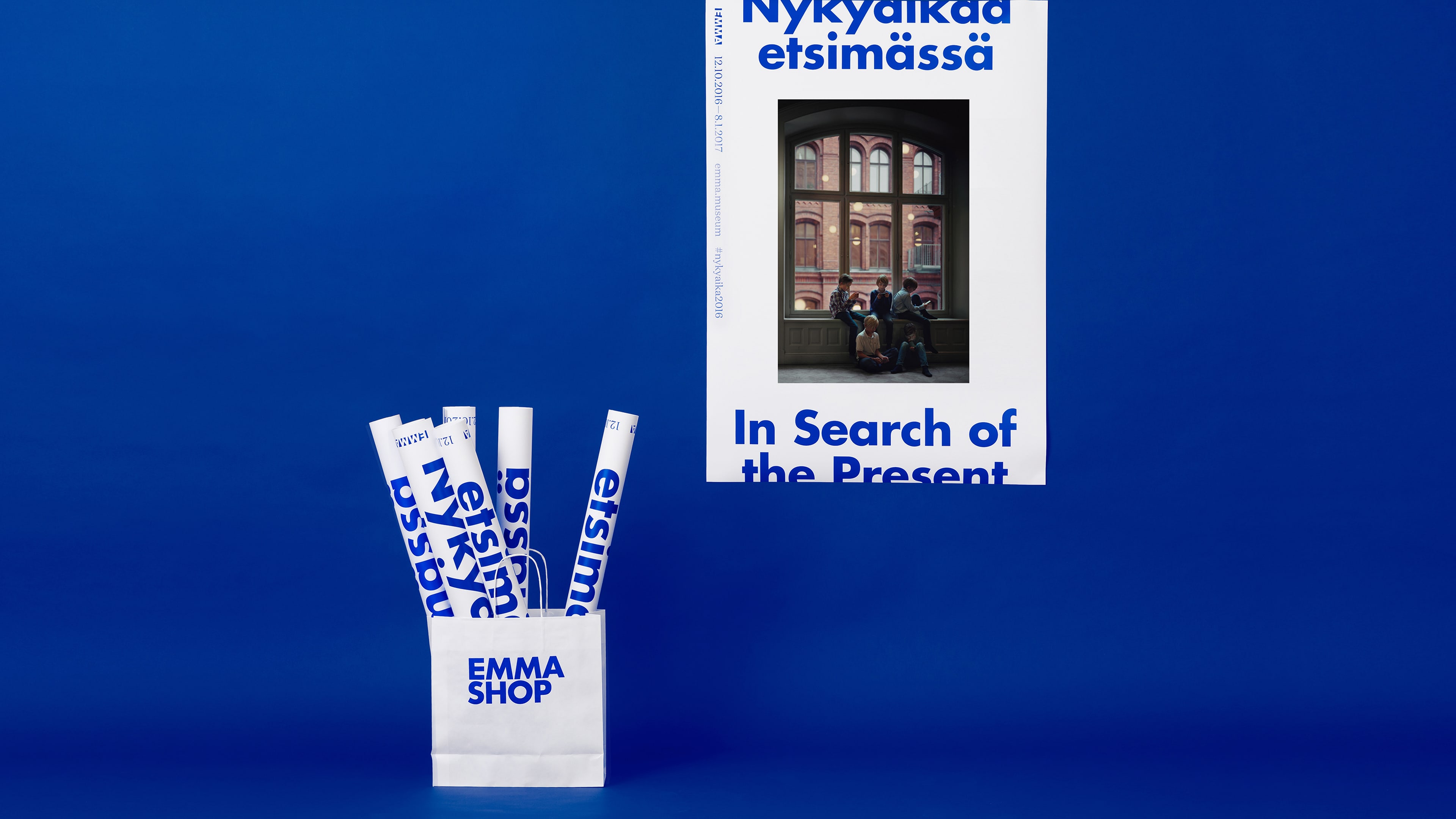 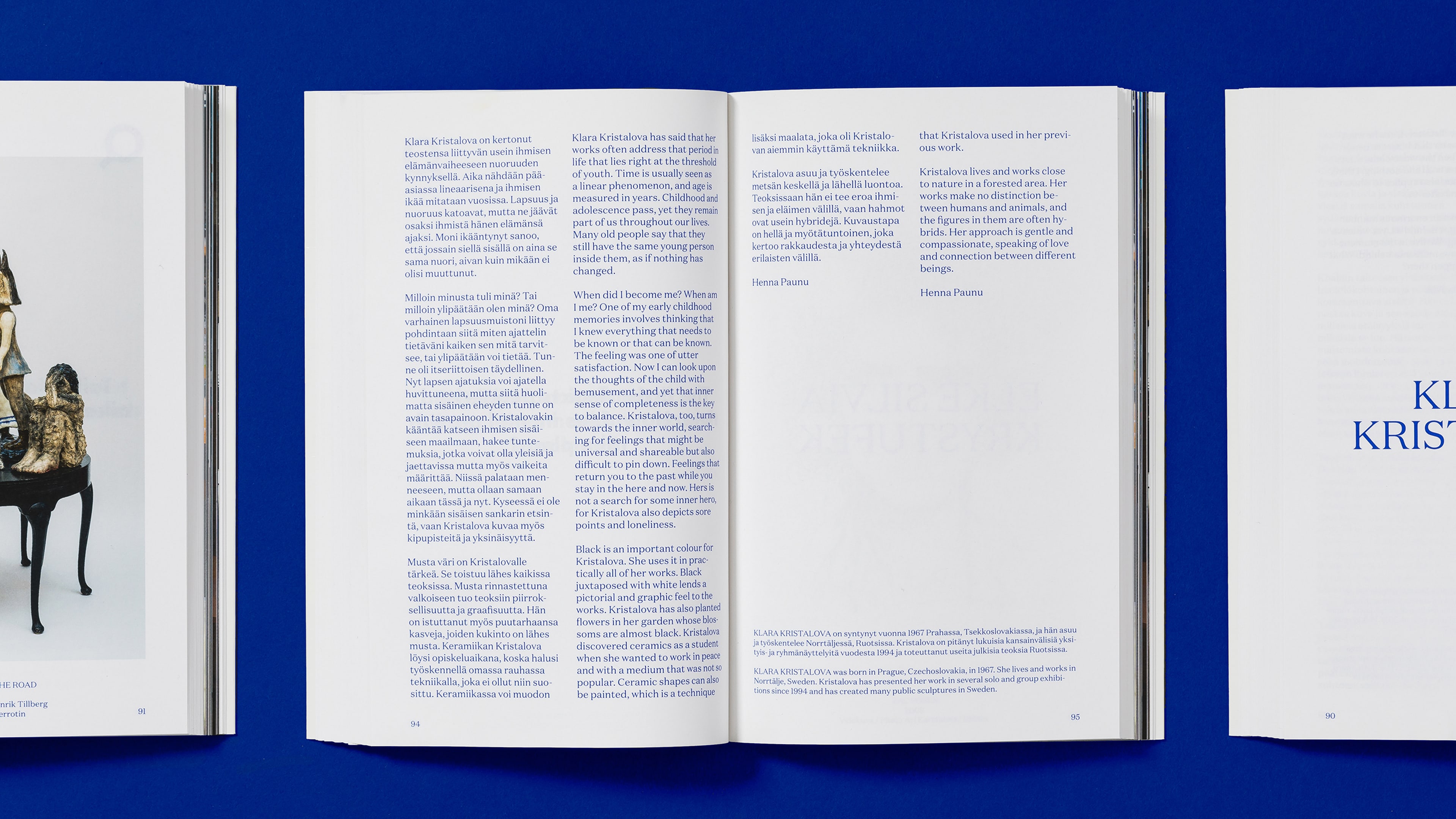 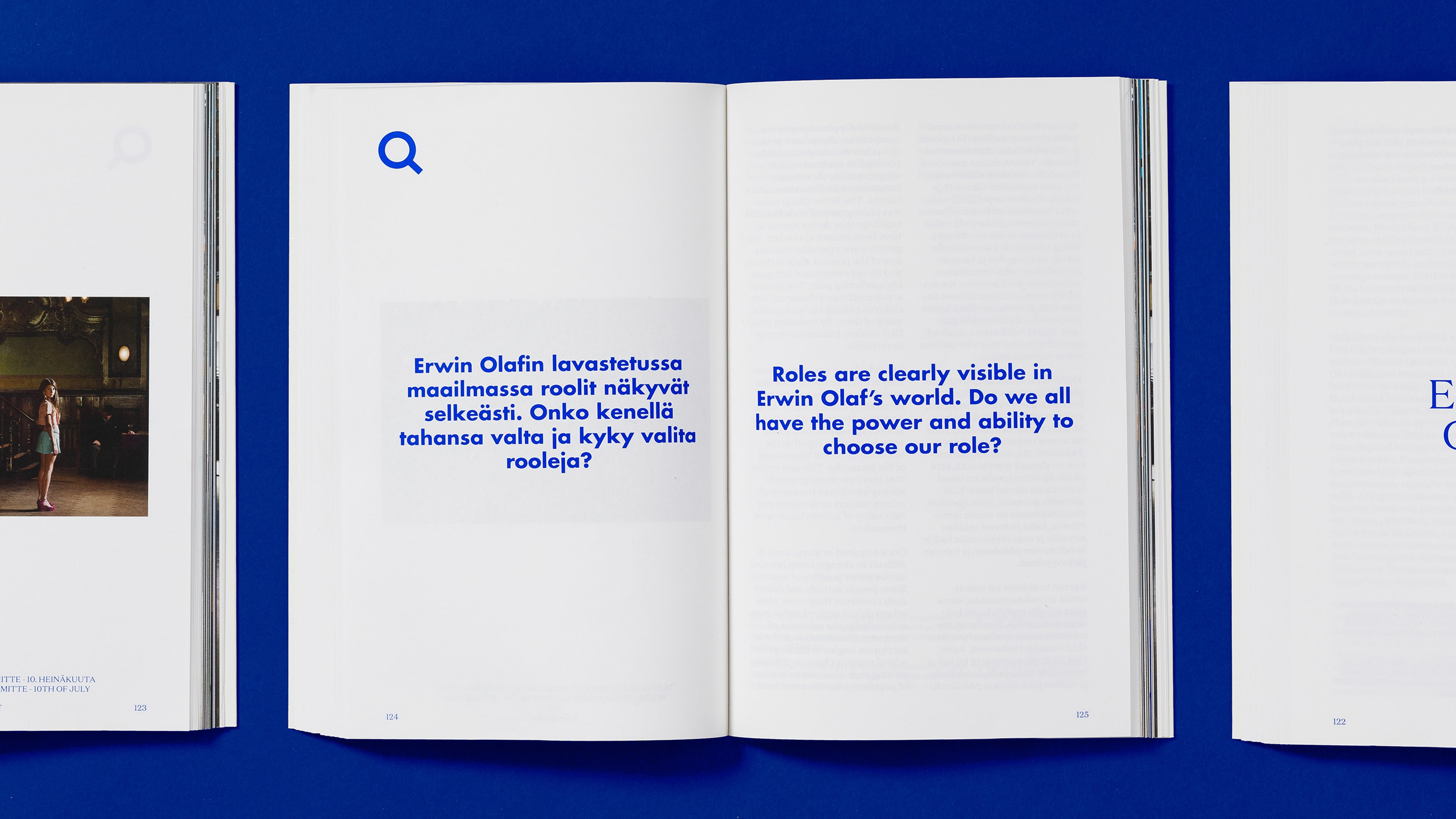